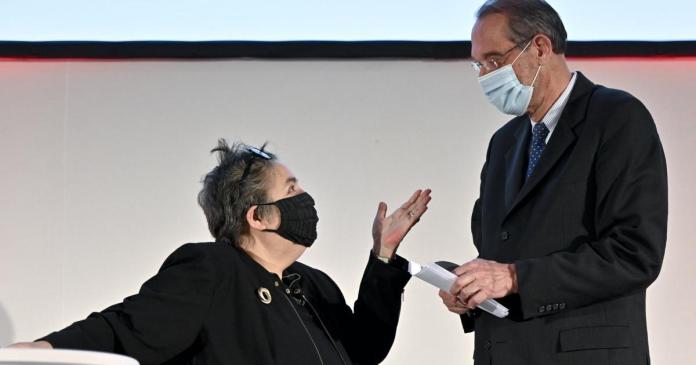 Furthermore, there is a reversal of the burden of proof when crediting ECTS points. The universities now have to prove that work performed at other institutions cannot be recognized. Scientific or artistic activities / internships, professional qualifications or pre-qualifications from a vocational college (e.g. HTL or HAK) can also be credited up to an extent of 90 ECTS.

In addition, one wants to create an “ECTS fairness”. At the moment, many complex courses are only rated with a few ECTS points in order to be able to “pack” everything into a course, says Blimlinger.

Anyone who simply does not pass the last exam of a degree will be given another exam in the future.

Also new: ghostwriting is criminalized. “Ghostwriting is a problem because it is not recognized even after a plagiarism check,” said Fassmann. Do you notice what then? So far only the students could be prosecuted for this. That is changing now: “Professional and commercial ghostwriters can be punished with up to 25,000 euros,” said Fassmann.

If you don’t pay others to write your own work, but write them off yourself, you will breathe a sigh of relief at the following news: Plagiarism is no longer valid for life, like murder, but will expire after 30 years.

In addition, officially gender-specific titles are possible: A “Dr.a”, “Mag.a” or a “Dipl.Ing.x” (superscript) for the third gender can also be used on certificates.

There are also changes in organizational law: The rectorates are given a kind of guideline authority for the design of curricula. This interferes with the previous competence of the senates – however, the guidelines should be limited to formal changes such as the provision of a certain range of options for courses or the obligation to have a mobility window.

“The curricular autonomy of the Senate remains unaffected,” said Faßmann. “Neither the ministry nor the rectorates determine the content of the studies, the content-related competence remains with the senates.”

Football from the top leagues – Milan keeps Inter at a...

Indexes in the plus – Tesla too

Thiago at Liverpool FC: Opinions are (already) divided on the king’s...