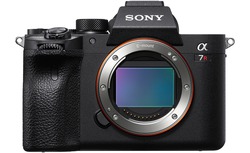 In the third article in our four-part series for Christmas 2020, we will deal with mirrorless system cameras. The models in this class not only cover the entry-level or mid-range segment, there are also some high-end models. We are presenting five models with prices ranging from 650 to 4,000 euros.

Are you looking for the camera with the best image quality, the best autofocus and a very good viewfinder? Then the Sony Alpha 7R IV is the only option for you. This DSLM is bursting with features; no model below the medium format class provides more details. For this purpose, Sony installed a 60 megapixel BSI chip in the fourth generation of the Alpha 7R series. You don’t have to do without higher ISO levels, up to ISO 6.400 the recordings show a comparatively low noise. Despite the many pixels, Sony has succeeded in integrating a fast series image mode. Ten frames per second are by no means understandable for a 60 megapixel camera, longer series of pictures (73 RAWs in a row) are made possible by a large buffer memory.

The autofocus system of the Sony Alpha 7R IV is leading: 567 phase AF fields cover a large area of ​​the sensor, thanks to optimized AF algorithms and artificial intelligence, the DSLM also sharpens moving subjects extremely accurately. Videos can be saved with the camera in 4K with up to 30 full images per second, in Full HD up to 120 full images per second are possible. Sony relies on a robust magnesium alloy with seals for the housing. Many freely configurable buttons, a really sharp viewfinder (5.76 million subpixels) and two fast SD slots round off the overall package.

If you don’t need that many pixels, but want a camera with a similar range of functions, you should get the Sony Alpha 7R III (review)

look at. Both cost significantly less, so there is more budget for suitable lenses.
Review of the Sony Alpha 7R IV

is one of five full-frame models from Nikon. It was launched in 2018, and over time, firmware updates have improved performance. The camera is not only favored by the overall very good performance, the price of the DSLM is exceptionally low for this feature package. The image quality of the photos is at an excellent level, but thanks to the 35.9 x 23.9mm image converter with 24.3 megapixels, this is no wonder. Images can be used up to ISO 12,800, up to ISO 3,200 you have to accept very little image noise. In series mode, the Nikon Z 6 achieves up to twelve images per second, and 43 JPEG or RAW files fit into the buffer memory. The camera can also convince with videos: The excellent quality in 4K (24p to 30p), the very good quality in Full HD (24p to 120p) and the many options are worth mentioning here. As a bonus, the recordings can even be output in RAW via the HDMI port (update required).

The camera’s autofocus cannot quite catch up with the top in the DSLM segment, but it does a good job with most subjects with its 273 phase AF fields. The numerous options of the Nikon Z 6, the large electronic viewfinder and the equally large display are worth mentioning. Both are high-resolution and allow very convenient image control. A robust housing with seals and many control elements are also not missing. On the other hand, some photographers might miss a second memory card slot.

Review of the Nikon Z 6

is still one of the best Micro Four Thirds cameras. The DSLM, which was introduced at the end of 2017, has received several firmware updates over the course of time, which have improved the performance of the auto focus and video capabilities, among other things. The quality of the images belongs to the top in the MFT class, with the 20.2 megapixel chip, appealing images are possible up to very high ISO levels. The camera offers special options both for friends of high frame rates and particularly detailed photos: With the high-res mode, the resolution of the images can be increased to 80 megapixels, in the fastest series mode you can capture 60 images per second. With continuous autofocus and manual shutter, a very good 11.7 frames per second are still achieved. In the latter case, an impressive 87 RAWs fit into the buffer memory. The autofocus uses contrast measurement and DFD technology, and due to the lack of phase detection, it cannot quite keep up with the best “first division” models.

The further equipment of the Panasonic Lumix DC-G9 is impressive. Among other things, the video features are worth mentioning: 24p to 60p in 4K, 24p to 180p in Full HD, lots of setting options and many interfaces. Furthermore, the mirrorless system camera has a large, high-resolution viewfinder (3.69 million subpixels), a rotatable and swiveling touch display and a sealed magnesium housing. Numerous controls, a control display and a large handle are also on the plus side.

Review of the Panasonic Lumix DC-G9

belongs to the mid-range system cameras, but in terms of image quality, autofocus and series image recording, the DSLM offers far more than average performance. The photos of the 24 megapixel APS-C sensor are very detailed and low in noise, even with ISO 3,200 you only have to accept minor compromises. The camera, which is equipped with an excellent autofocus system (425 phase AF pixels and optimized AF algorithms) sharpens static subjects very quickly, and it follows moving subjects with ease. Thanks to a high frame rate of up to 11.1 frames per second and a large buffer memory (for 116 JPEG or 48 RAW images in a row), the Alpha 6400 is as good as no other camera in this price range for sports and action photography suitable.

The video mode is also impressive: In 4K, up to 30 full images per second can be recorded with excellent quality, in Full HD it is up to 120 full images per second with a very good quality. The viewfinder with OLED panel and 2.36 million subpixels provides a good picture, the 3.0-inch display allows you to check your self-portraits or vlogs. The camera also scores with a solid magnesium housing and many settings. One shortcoming is the lack of image stabilization, which is why you should opt for lenses with their own stabilizer.

Sony offers several models as alternatives to the Alpha 6400. The Sony Alpha 6100 (review)

has, among other things, a lower resolution viewfinder and a less robust housing, but costs around 100 euros less. The Sony Alpha 6500 offer partially more performance and an image stabilizer (review)

. Both cost considerably more, however.

In our opinion, the Panasonic Lumix DC-G81 is one of the price-performance winners (test report). Of course, you shouldn’t expect the latest technology from this DSLM, but it’s by no means bad. For around 700 euros you not only get the camera, but also the Lumix G Vario 12-60mm F3.5-5.6 OIS, which is suitable for many applications. A 15.8 megapixel MFT chip is installed as the image converter, the photo quality of which is good. With up to 9.3 frames per second (AF-S), the DSLM doesn’t have to hide for series recordings; at this speed it can create 411 JPEG photos or 31 RAW photos in series. The fast autofocus with static subjects uses contrast measurement and DFD technology, with moving subjects, however, the hit rate is only in the middle.

You also have to cut back on video recording, in 4K resolution (up to 30p) there is a clear crop to be accepted. This does not apply to Full HD videos with up to 60p. The viewfinder delivers a decent display with 2.36 million subpixels, the rotatable and swiveling touch LCD does a good job of checking images. The handling is very appealing thanks to a neat grip, there are a few buttons and switches. The camera also scores with a sealed housing.

Review of the Panasonic Lumix DC-81

Further recommended camera models can be found in our constantly updated digital camera purchase recommendations and via the dkamera.de test report overview.

Links to the article:

A snowman for the coronavirus

Dynamo turns deficit in the east duel and celebrates away win... Laschet: Something is missing in our apology for Cologne New Year’s...

Germany before the bankruptcy wave: How good are the insolvency administrators