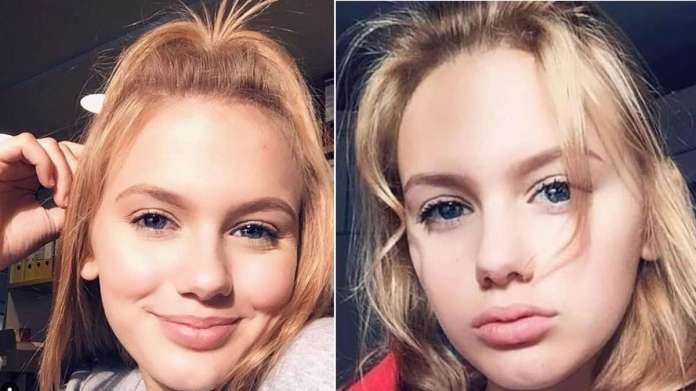 Rebecca Reusch from Berlin is still missing, two journalists are currently reopening the case. Now a witness speaks about an uncanny encounter in the forest.

Berlin – Missing from February 18, 2019 Rebecca Reusch from Berlin every trace, the then 15-year-old girl is still considered to be missing. In a podcast, two journalists publish new details, even Rebecca’s brother-in-law’s sister has a say. Now a witness reports of an uncanny encounter in the forest.

In the past few weeks, the two published Makers of the podcast already Interviews with friends by Rebecca, previously unknown WhatsApp history and a conversation with the family neighbor. In episode five of the podcast “In the dark. The Rebecca Reusch case “ do the two journalists Lena Niethammer and Miriam Arndts looking for witnesses.

These are the journalists behind the podcast
Both journalists say they work for large media companies. Miriam Arndts therefore mainly produces for ARD. Lena Niethammer writes as a freelance writer for Spiegel, Die Zeit and SZ-Magazin, among others.

Missing Rebecca Reusch: can the case still be clarified?

Hundreds of clues are in the days after Disappearance of the girl in the police received, some of them want that Brother-in-law’s car in the forest in Kummersdorf in Brandenburg have seen. About 30 minutes by car from Berlin. In search of exactly these witnesses encounter Lena Niethammer and Miriam Arndts but a man whose wife claims to have made a completely different observation in the area in question.

In an interview, the man’s wife explains that she does not want to accuse anyone. You have the police however reported one Man in February in this very forest wanting to have seen. This got one Baseball-Cap worn and looked around again and again. As the stranger the woman with hers Friends and their horses saw, he quickened his pace. He is almost in the between branches and bushes Forest ran.

As the police a few weeks later in exactly this Forest after clues on the disappeared Rebecca Reusch looking, the women would have remembered the man’s strange behavior. Since the riders took photos of their horses that day, on this very day Forest, the women can also attest to the date of the strange encounter. This took place on February 18, 2019.

Missing Rebecca Reusch: Unknown man seen in the forest – the date of the encounter causes a stir

In the conversation, however, the woman emphasized again that she did not want to accuse anyone. The face of the unknown man hadn’t seen all three women who cap I covered most of my face. Who is this Unknown could therefore act, the three women cannot say. The women could not describe the figure exactly either. For this reason, the witness emphasizes that the strange encounter is therefore also a whole insignificant sighting could act.

However, she confirmed to the two journalists that the investigators had contacted her several times. They would have taken their sighting seriously. And also mentioned that a friend of the brother-in-law had one in this same settlement Bungalow have. However, it is not yet known whether the Missing girl’s brother-in-law Could possibly have visited his friend that day. This was true for Investigator initially as a suspect. However, for lack of evidence, the girl’s brother-in-law was released from custody. It is also unclear whether the unknown encounter in the forest could have anything to do with the Rebecca Reusch case at all. Whether the case of the missing Rebecca Reusch can still be clarified remains unclear.

Biontech’s vaccine data tapped in a hacker attack on EMA

Cruciate ligament tear in training – early end of season for...