In Ried im Innkreis, the 72-year-old woman who had been missing since a fire on Saturday morning was found dead on Sunday morning. The woman was apparently hiding and froze to death.

On Saturday morning, a fire broke out in a residential building in Ried im Innkreis. The resident went to the fire brigade on foot or by bicycle and reported the fire. In the meantime, her husband has also reported the fire to the fire brigade by telephone, thereby alerting the emergency services. The woman then did not return to the object on fire. A search operation was started in the morning by the fire brigade – unfortunately initially without success. On Sunday it was a sad certainty that the woman who had lost is unfortunately dead.
“The missing 72-year-old woman was found dead in Ried im Innkreis today at 10:00 am. Apparently she was hiding from the search parties on company premises. The cause of death was determined by a doctor freezing to death. External negligence can be ruled out,” reports the police . On Saturday morning a fire broke out in a row house in Ried im Innkreis.
Photo: laumat.at/Matthias Lauber Room fire in a row house in Ried im Innkreis – resident disappeared after an emergency call [26.12.2020]

With a delay – WHO experts are allowed to go to...

Herzog versus Blum: When judges lose their hockey minds 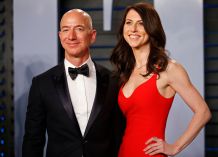