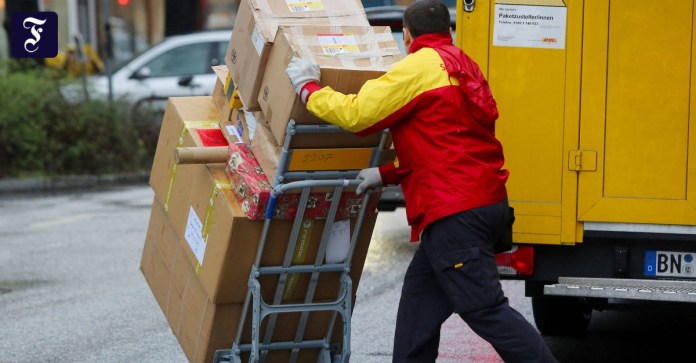 Ob Damaged parcels, incorrectly posted letters or opening times of post offices that are too short: The work of the postal service providers has caused trouble again this year. The Federal Network Agency announced that 17,930 letters of complaint had been received by mid-December. In the same period of the previous year there were 17,167. The increase in critical requests to speak was relatively small at 4 percent. In 2018 there was a doubling, in 2019 the increase was 44 percent.

Seen in this way, the current number of complaints should be understood almost positively. However, there is one downer. Because many letters of complaint contained not just one reason for criticism, but several. If you add up the negative experiences listed in the letters, they climbed from 20,738 in 2019 to 30,709 this year (until December 15). This emerges from a response from the Federal Ministry of Economics to the left-wing member of the Bundestag Pascal Meiser, which is available to the German Press Agency.

That means: Although roughly the same number of people complained to the Bonn authority in 2020 as in the previous year, their frustration was greater than before. They were often annoyed not only about a misplaced package, but also in the same letter, for example, about another damaged shipment or a letter that arrived late or accidentally landed at the neighbor’s. In 2019, an average of 1.1 bad experiences was listed per letter of complaint; in 2020 the average climbed to 1.7. This value has never been so high in the statistics recorded since 2014.

Why is the development?

The figures are not very flattering for the parcel service providers, which were significantly more of a reason for displeasure than before – their share of the negative experiences listed in the letters of complaint rose from a third to half, the rest is accounted for by letters and branches. In absolute numbers, this is doubled: in 2019, citizens named 7149 negative experiences with parcel services, which are also referred to as reasons for complaint. In 2020 this number is 15,259 so far, more than twice as high as in the previous year.

Why is the development? It could be related to the fact that the parcel industry has to transport significantly larger quantities under the adverse Corona conditions – in the Christmas business that has been running since November, for example, the companies are expecting a volume increase of 15 to 20 percent.

The complaints concern the entire industry, in which Deutsche Post DHL is by far the market leader. Parcel competitors are Hermes, DPD, GLS and UPS. DHL recently estimated its market share at “a good 40 percent”. According to the network agency, the group’s share of the package complaints will be 73 percent in 2020, well above its market share. The former state monopoly is disproportionately represented in the negative statistics.

A DHL spokesman says that the complaints are not representative and that “the comparison with the market shares is not appropriate”. The fact that the company’s own share of the reasons for the complaint is higher than that of the competition is due, among other things, to the fact that private customers use their own services more. The logic behind it: major corporate customers do not complain to the network agency, but private customers do – and they are much more significant at Deutsche Post DHL than the competition. The DHL spokesman also speaks of measures to improve quality, which the group believes will take effect.

How the numbers are to be understood as a whole is quite controversial. Representatives of the parcel industry emphasize that they are by no means proof of poorer quality of their work. They point to the increase in parcel volumes and intensive media coverage, which has made the possibility of complaints better known – because more people know about the complaints office, they make use of it, according to the interpretation of the parcel industry.

When interpreting the statistics, the fact should also not be disregarded that the number of around 18,000 complaints is small in relation to the total volume; In 2019, around three billion parcels and 14 billion letters were sent in Germany. The Federal Network Agency also points this out.

Not as bad as you might thought? The left-wing member of the Bundestag Meiser means no. The deputy member of the Advisory Board of the Federal Network Agency assesses the steep increase in the number of reasons for complaint as alarming. He attributes the dissatisfaction with the delivery quality to the “still underground working conditions in many places”. The opposition politician calls on the federal government to act. It is high time “to ensure a ban on dubious work contracts and subcontractor chains in the parcel industry too”. Better working conditions and more money for parcel deliverers “would be an important first step towards increasing the quality of delivery again,” says Meiser.

Jenny Frankhauser treats herself to a Porsche, then thinks of her... 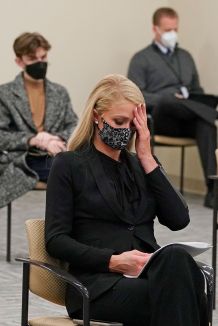 YouTube Trends 2020 in Germany: These are the top videos and...