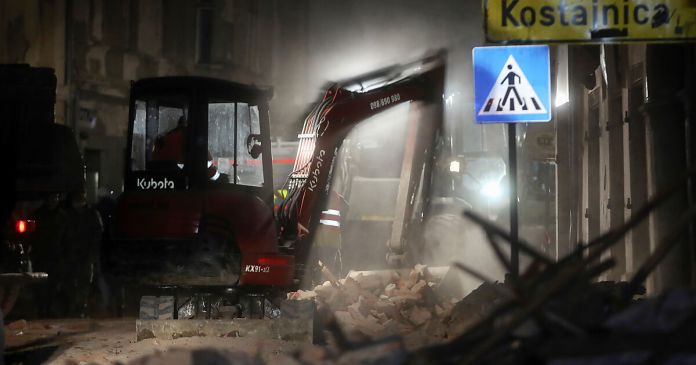 The epicentres were again around 45 kilometers southeast of Zagreb. Initially, nothing was known of new victims. The quake, which was also felt in parts of Austria, claimed at least seven lives on Tuesday and there were numerous injuries.

Strong earthquake noticeable in Croatia as far as Salzburg

The strong quake that hit central Croatia on Tuesday claimed several lives. Perception reports were even received from Salzburg.

“ What has not yet fallen from the ruins of the city has now fallen,” Petrinja Mayor Darinko Dumbovic said on state television HRT.

Dead in earthquake in Croatia

The earthquake with a magnitude of 6.4 devastated the center of Petrinja and that of the nearby district town of Sisak on Tuesday. At least seven people were killed, including a twelve-year-old girl, and another two dozen were injured.

A total of 38 tremors had been recorded in Croatia in the past 49 hours, reported the news portal “jutarnji.hr”. The earth had already shaken for the first time on Monday. Earth tremors of magnitude 5.2 and 5.0 initially only caused property damage.

Croatian seismologists expect further quakes. In Petrinja, many people spent the night on Wednesday for fear of further tremors in the open air or in their cars, Croatian media reported.

Austria Wien is not planning any entries or exits

Arsenal FC saves a draw against West Ham United thanks to...

Ikea to be back soon? Furniture store makes bitter forecast