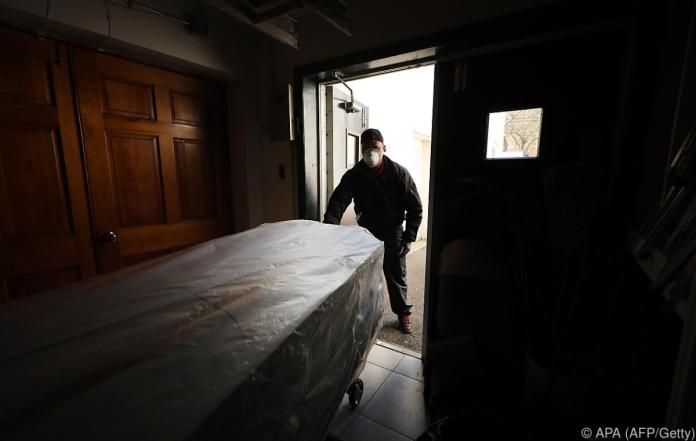 The coronavirus continues to spread in the USA. On Sunday, the authorities reported 189,099 new infections within one day, according to data from the Johns Hopkins University (JHU) in Baltimore from Monday morning (CET). The number of deaths recorded within one day was 1,509 on Sunday. In Slovenia and Hungary, the strict corona measures will be relaxed a little over the Christmas holidays.

In Slovenia, the previous contact restrictions are being relaxed. The government announced that it would partially lift the ban on gatherings on December 24th and 25th. This allows private meetings of up to six people from two different households. You can leave the community or region on both days. If the epidemiological situation improves, the same requirements could also apply over the New Year.

Other restrictions, including the night curfew and the ban on public gatherings, will remain in effect over Christmas. Restrictions for businesses and services with direct customer contact are tightened. After the lockdown was softened for a week, many services will have to close again on December 24th. Grocery stores, pharmacies, drugstores, petrol stations as well as bank and post office branches will probably remain open. This week, probably on Tuesday, corona mass tests will also begin in Slovenia.

According to a government decision, the curfew in Hungary will be suspended until the morning of December 25th on Christmas Eve. That was announced in Budapest on Monday. At the same time, however, the rule remains that a maximum of ten people may stay in one place, children under 14 years of age not being included.

In addition, the Hungarian government has banned flights from the UK following the discovery of a new variant of the coronavirus in the UK. Hungary is still in lockdown, with nightly curfews, closed restaurants, hotels, museums, sports in front of empty stands and New Year’s Eve on the back burner. The border closure had been extended until February 1, 2021. The number of new Covid19 infected people in Hungary rose by 2,141 in the past 24 hours. 183 people died in connection with the virus.

In the United States, more than 17.8 million people have been infected with the coronavirus. Since the beginning of the pandemic, more than 317,600 people have died from the SARS-CoV-2 pathogen. In absolute terms, that’s more than in any other country in the world.

UK – Lockdown in England could last until March

Quasar enables a glimpse into the early universe

With a delay – WHO experts are allowed to go to...