The official casualty figures in the 44-day war, which ended in November with a de facto defeat for the Armenians, are unusually high. Azerbaijan celebrates with a military parade on December 10th.

The 44-day war between Armenia and Azerbaijan from the end of September to mid-November over the Nagorno-Karabakh region, Armenia’s exclave on Azeri territory, has caused strikingly high losses, according to current data from both warring parties: The Azeris spoke out on Thursday from at least 2,783 dead On their side, more than 100 soldiers are still missing, it said from the Ministry of Defense. 1245 injured people would continue to be treated, which indicates many serious injuries – including long-term consequences.

The Muslim country had previously not disclosed any figures with reference to martial law censorship. The war opponent, the Christian Armenia, last reported 1746 killed soldiers. This increased the total to at least 4529. The information has not yet been objectively verifiable, but warring parties, especially as winners, tend not to exaggerate their losses.

The number of civilian victims is unclear. One must assume more than 150 deaths.

The Syrian Observatory for Human Rights in London also speaks of more than 500 Syrian mercenaries who were killed on the Azeri side. Baku denies the use of foreigners. It is unclear whether these Syrians are included in the official loss list. Furthermore, the information provided by this observatory is not beyond doubt. The participation of Syrian troops was claimed from several sides and also by foreign secret services.

On November 10, the war resulted in an armistice with extended follow-up regulations through mediation mainly by Russia, which are very unfavorable for Armenia. Russian troops guard the ceasefire line in critical locations. Azerbaijan sees itself as the victor; in fact, the Armenians were defeated and overrun on the most important sections of the front, and according to the treaty, Armenia has to cede large parts of Nagorno-Karabakh and the area previously occupied.

The independent Azerbaijani news agency Turan reported that there will be a large military parade on December 10 as a victory celebration in Baku, in which the Turkish President, Recep Tayyip Erdogan, will also take part. Turkey had been arming Azerbaijan for years and presumably also supported it logistically, with intelligence information and liaison officers during the war.

The presidential office in Baku declared that the second Karabakh war went down in history as the “Patriotic War” in which Karabakh was almost 30 years old Armenian Occupation (…) was liberated “. Head of State Ilham Aliyev declared November 8th to be” Victory Day “, which will be celebrated annually from now on. On that day the strategically important city of Shusha was conquered Armenia practically capitulated in the agreement brokered by Russia.

Since then it has been in the Armenian Capital Yerevan repeatedly to protests with resignation calls against Prime Minister Nikol Paschinian. He sees himself as a “traitor” because, together with Russian President Vladimir Putin and Aliyev, he also promised the surrender of larger areas to Azerbaijan without a fight. New mass protests are planned in Yerevan on Saturday.

German AfD will be closely monitored in the future 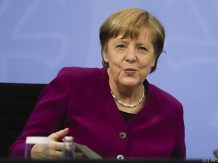 USA: Biden promises corona vaccine to all Americans by the end of May! – Politics abroad 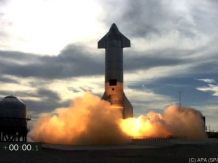 Buy PS5: The price trend on eBay and StockX and a...

Silvia of Sweden: skiing accident – she had to go to...

HIGH VOLTAGE: Briefing by Chancellor Merkel on the results of the...

“Riverboat”: Schlager stars not there! MDR speaks of illness –...