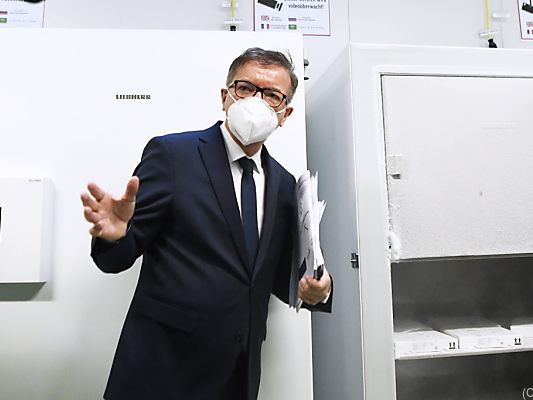 
Anschober is confident despite the alarming figures
© WHAT

In Austria, the number of corona deaths has risen to more than 6,000. Health Minister Rudolf Anschober announced this on Tuesday morning.

While the number of those who died of or with Corona was 5,931 the day before, it has now increased to 6,059, according to the head of department.

Compared to the previous day, 1,868 new infections were recorded. The seven-day incidence in Austria is currently “very stable”, namely between 148 and 155, said Anschober.

“Significant improvement in the situation”

Compared to the peak of new infections at the beginning of October, however, a “significant improvement in the situation” had occurred throughout Europe – also because very tough measures had been taken, said Anschober. The goal for the next few weeks is to significantly reduce the numbers again with the hard lockdown.

With the seven-day incidence, a value of less than 100 should be achieved, the reproduction factor should remain at 0.8 or at least under 0.9, according to the minister. In the intensive care units, Anschober wants to achieve an occupancy of 200 corona beds, then the situation can normalize. The number is currently at 411 occupied beds.

What will apply to Facebook and Co. in the future

Wirecard: Why politicians supported the group for so long

Police are looking for missing ten year old – helicopter use

15 kilometers radius of movement: How Munich would be affected by...