Dhe small investor Wilhelm Rasinger died yesterday at the age of 72 after a serious illness. It was also a shock for the real estate industry – even though Rasinger had expressed his opinion to corporations and the media with hearty sayings and heated discussions. Rasinger was President of the Association for Investors (IVA) he founded in 1999. Just a few weeks ago, Rasinger did not spare immoflash criticism of the non-renewal of the successful S Immo boss Ernst Vejdovszky and the dismissal of several members of the supervisory board at the ordinary general meeting of S Immo. In the immoflash conversation at the time, he spoke of a brutal approach that amounted to a public execution with regard to the supervisory board and the long-standing and successful S Immo boss Vejdovszky. Rasinger himself was the eighth member of the supervisory board, but his contract was not extended in the run-up to the general meeting.

Rasinger held several supervisory board positions, including at Wienerberger, Agrana and voestalpine. Most recently, he was a supervisory board member at Erste Group. The directors of S Immo, Ernst Vejdovszky and Friedrich Wachernig, express their deep condolences on behalf of S Immo AG: “Wilhelm Rasinger has made an emphatic mark on our company and helped shape the S Immo that we know today. He always stood for a constructive dialogue between our company and small investors and enriched our supervisory board with his expertise and fearless objectivity. Our thoughts are with his family these days. ”

Wienerberger boss Heimo Scheuch was concerned about Rasinger’s death in a statement: “As a long-time member of the Supervisory Board of Wienerberger AG, Wilhelm Rasinger has always advocated the interests of private investors in our company in a constructive manner. His professional competence, but also his critical approach and his great understanding of our company and its markets led to a fruitful cooperation on equal terms and mutual respect. We owe him valuable suggestions in capital market strategic matters and he has always been an important sparing partner for the Wienerberger board. “Thomas Schmid, board member of ÖBAG, also condoled:” With the passing of Wilhelm Rasinger we are losing an important voice on the Austrian capital market, which was characterized by profound expertise and undisputed know-how. With Rasinger, a great personality and an outstanding representative of the capital market has passed away. ”Oliver Jaindl, chairman of Cobin claims, who Rasinger helped launch in 2017, was also dismayed:“ Rasinger has always been a pillar of the domestic capital market and has provided A voice for small investors – which was also reflected in the work of Cobin claims. Above all, we will always remember his commitment, acuteness and his ability to present complex relationships realistically for small investors. “

National Bank – 40 billion euros loss of performance due to...

USA, Trump and a tweet – Well, that escalated quickly

Harry and Meghan plunge the British monarchy into crisis – now... 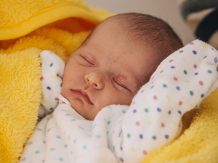