About halfway through the album, Eminem gets a little whiny: he should, he raps, change without becoming different. He should grow up, but not age. You want the anger, but too angry, no, no, please don’t do that either. In short: You want “the new, but old Shady”. Invent your fictional character – this ever-gritty, white dervish called Slim Shady, who offends everything and everyone as if he wanted to curse himself directly into the inner circle of hell – so now finally new. But make sure he stays the same. Otherwise he’s pretty bland.

“These Demons” is the name of the song. It is one of the few on his new album that clings a bit to the zeitgeist in terms of beat aesthetics: feverishly trembling trap hi-hats, synths that are lowered a few centimeters above the asphalt. A track that glides through the scenery like a shark in wait. Eminem becomes more political on him, a few bars after he has finished with his private feelings: “This pandemic got us in a recession / We need to reopen America / Black people dyin ‘, they want equal rights / White people wanna get haircuts “. The latent racism behind the US Corona policy in four poisonous lines: The country urgently needs to be opened – black people eventually die and demand equal rights. And the whites need a new haircut.

I consent to content from YouTube being displayed to me. This means that personal data is transmitted to the operator of the portal for usage analysis. You can find more information and the possibility of revocation at sz.de/datenschutz.

This external content was loaded automatically because you agreed to it.

Then it’s finally about his penis

Then, still in the same song, he pokes a bit against Mariah Carey, who may be his ex-girlfriend. Then it’s finally about his penis. The 48-year-old in just under three and a half minutes. A little self-pity, a little politics, now a little less misogyny and a lot of great puns.

And for a few years now: a lot of confusion. At Eminem himself. You could watch the American, who released one of the most commercially successful (and best) rap albums to date with “The Eminem Show” in 2002, in high resolution, as he got lost in his own work – and of course realized that . If there is anything that Marshall Mathers, as the rapper is really called, underestimates, it is his ability to reflect on his own work. There are probably few people in the world who know in more detail and with more grief when Eminem is bad.

Eminem has been pretty bad for a couple of years now.

Yes, you can leave that as a factual assertion. The criticism was ultimately very unanimous worldwide – but above all Eminem’s reaction, this white-hot excitement, showed that it hit a very sore point. After “Revival” had been widely panned in 2017 (it was too serious, too state-supporting, too little on the pulse and overall without focus), he published “Kamikaze” only a few months later. Main drive: to explain to critics, also by name, that they are half mentally handicapped lemurs. In a skit, one of those spoken intermediate tracks without music, one heard a somewhat concerned voice message from Eminem’s manager Paul Rosenberg: What should come next? Like “Kamikaze 2”, the album on which he replies to everyone who didn’t like the album, on which he replied to everyone who didn’t like the album before?

Not everyone liked the album. The follow-up was called “Music To Be Murdered By” – music to which one can be excellently killed. The title is a reference to a soundtrack collection by Alfred Hitchcock, rather not a further threat.

“Music To Be Murderer By – Side B” picks up where the A-side left off at the beginning of the year – but mostly better. The beats are still stable at a medium level and sometimes pretty good in between. And the MC himself still doesn’t seem to have decided what he wants to be exactly: Emo rapper? Political Commentator? Biggest world hater in the world? But slowly, very slowly, he seems to be realizing again that it’s not so important what he says, but how he does it.

“Even if I take out garbage, I still get money”

After all, even in his best times, Eminem functioned more about form than about content, which here now means that he breaks off the brooding again often enough in time to instead withdraw to his technical excellence, to his pace and his insane arsenal of syncopated rhythm -Sperenzchen. And finally back to his stupid puns in the very cleverest sense. “I can’t hear you”, he prefaces the song “Tone Deaf”. “I got an ear-infection – and I cunt finger it out”. This spiritual altitude. Wonderful.

“Alfred’s Theme” is the most fun. Charles François Gounod’s “Funeral March for a Marionette” trills in the background, the drums are cracking dirty, and Eminem, amid a ton of twisted rhymes, delivers this insight: “Bitch, I still get the bag when I’m putting garbage out”. Loosely translated: Even if I take out garbage, I still get money. Actually, a reassuring certainty. With that in the back of your head, you could slowly and relaxed play jokes again.

Federica Brignone has disappointment written on her face

Everything now depends on the fish: will there still be a...

Djokovic at the Australian Open: “Nobody can break my mind” –...

Hit and run after fatal accident in Vienna: suspect arrested 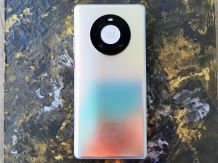 Huawei Mate40 Pro in the test: Wonderful thing with ring –...