The game: One point in the intended further development of the Lakers in their third NL season since the promotion: The goal scoring should be distributed on more shoulders. At the same time, this would reduce dependence on foreigners.

Last season at the SCRJ the mercenaries were responsible for 56 percent of the goals scored, at the SCB only 29 percent. The share of hits from Lakers foreigners is currently 43 percent, and that of Berns Brithén and Jeffrey 22 percent.

For some time, however, an import trio from Rappi has been weakening: top scorer Cervenka and Captain Rowe have not met for five games, Moses for four. In the last match against Zug, three Swiss goalscorers (Lehmann, Dünner, Eggenberger) were responsible for the turning point after falling 3-0.

The progress made by the young Swiss is promising – but it doesn’t make the difference. They also set accents against the SCB, at least more than the mercenary storm with Cervenka, Clark and Moses.

The Lakers must first catch up and orientate themselves, once again they give the opponent too frivolously dangerous scoring opportunities in the start phase of a game. But the Bernese don’t make anything of it. The realization of the opportunities left out seems to rob them of momentum and confidence. In the middle third there are more conspicuous individual actions, Pestoni (26th minute) and Praplan (31st) break through the SCRJ defense, but fail.

Beauty prizes are not given out in this duel, which is poor in highlights. Haas set a highlight in his last game before leaving for Edmonton: He intercepts a pass from SCRJ defender Profico and uses it precisely. It takes revenge, however, that the Bernese cannot expand their leadership, they are also far from it in the power plays.

Captain Moser holds four penalty minutes two minutes before the end. Coach Tomlinson replaces goalie Nyffeler with a field player, so the Lakers save themselves in extra time. But the best goals of the evening were not scored until the penalty shoot-out, Rappis Randegger – still without a regular goal this season – loaded SCB goalie Wüthrich twice. Lhotak gets the extra point for the SCRJ with the 25th penalty (!) Because Haas misses the 26th. For Bern it is the third bankruptcy in a row. The Lakers keep up with this win after five previous defeats.

The best: Nyffeler (SCRJ). Keeps the team in the game, the victory.

The plum: Moser (Bern). A penalty at the wrong time enables Rappi to equalize.

You can read the game in the ticker here!

The game: The evening before, the referees had shaped the game with a strict interpretation of the rules, the first of two top fights within 48 hours. With the flood of penalties (58 minutes), the Zugers coped better and thanks to three power play goals they secured victory (4: 1). In the second leg, the penalty box is regularly visited again from the middle third.

The goals are initially scored if there is a tie. First, the guests benefit from the fact that the puck lands in the goal after Simion’s shot from Lausanne defender Krueger’s skate. But to compensate, the once indisposed Central Swiss can be screwed apart by the Lausanne parade formation with Toronto loan Malgin and the foreigners Hudon and Gibbons. Malgin, who should now stay at Lac Léman even if the NHL starts, scores his ninth goal of the season. And shortly before the break, it is thanks to EVZ goalie Genoni that Hudon cannot double after a bad pass from Stadler.

Bitter for Lausanne: The second EVZ hit is also on their account! Heldner diverts a template intended for Simion from Kovar into his own goal. And also for the second goal, which Kovar can then be credited in the power play, he gets help from the opponent: Boltshauser can be beaten from behind the baseline.

But Lausanne is not giving up. And two power play hits from Genazzi hit. First Frick distracts. And when Boltshauer made way for a sixth field player, Hudon Genoni covered the view 29 seconds before the end of the game. The decision is only made in the penalty shootout. And that’s where Lausanne takes revenge.

The best: Joël Genazzi (Lausanne). First the defender equalizes. Then he hits wonderfully in the penalty shootout.

The plum: Carl Klingberg (train). Has already played Boltshauser on the last penalty, but missed the empty goal.

You can read the game in the ticker here!

New mutations: In Germany there is no overview 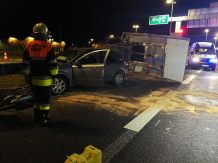 Which discounters are now increasing their prices?