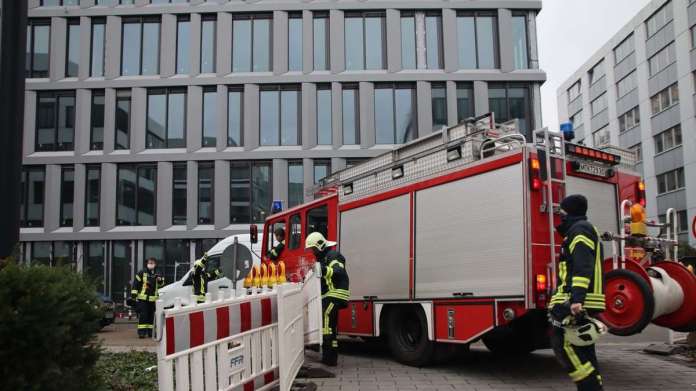 A construction worker frees his injured colleague from an elevator shaft in Eschborn near Frankfurt. The fire brigade is out to help with 20 emergency services.

Eschborn – A serious accident occurred on Wednesday afternoon (02.12.2020) on a construction site in Eschborn in the Main-Taunus district near Frankfurt. A 29-year-old worker was trapped in an elevator while working on the shaft and was seriously injured. This is reported by the West Hesse police headquarters.

At about 12 noon, the volunteer fire brigades from Eschborn and Niederhöchstadt moved out. “Five emergency vehicles and around 20 firefighters drove to the scene of the accident in the industrial park near Frankfurter Strasse,” reports Dirk Koch, Deputy City Fire Inspector of Eschborn, on request. Even before the Eschborn and Niederhöchstadt fire brigades arrived, the construction worker was freed by a colleague. The fire brigades took over the first aid for the man who had injured his legs. According to Koch, the deployment takes a little over an hour.

Accident on construction site near Frankfurt: rescue helicopter in action

A rescue helicopter was used in the accident in Eschborn near Frankfurt to bring the emergency doctor to the scene, as the Eschborn fire department announced. The injured construction worker was transported to a nearby hospital by the emergency services. How the accident came about is still being determined. According to the police, no further information can be given so far.

Microsoft and Mozilla are adapting apps for Apple M1

George Clooney has stress with the Hungarian government – after Orban...

Cruise seals off his film set in a corona-safe way –...

Radical measure: Lockdown in New Zealand’s largest city – due to...

Kaufland: Customer goes for the supermarket – “Scam or negligence?”

Seeing so much loss affects your view of the world