Researchers have examined a flu drug for the coronavirus: The study results are surprising.

Atlanta – Companies all over the world are racing to find the best and fastest vaccine * against this Coronavirus. This should be available by the end of 2020. Until then, however, they will develop Corona case numbers probably still as dramatic as it is now.

The “Robert Koch Institute” reports sharp increases in the almost daily New infections With Sars-CoV-2. In addition, the first side effects of the vaccines are known, for example in the case of “Biontech”, a manufacturer from Mainz.

In addition to research Vaccines Science is also investigating possible drugs for that Coronavirus. Researchers from the USA have now published new findings in this area. This is a Grippemittelthat the transmission of the Virus could stop. Scientists from Georgia State University have analyzed the active ingredient “MK-4482 / EIDD-2801” and published the results in a study that was also taken up by the journal “Nature”.

With the help of ferrets, it became possible Corona-Medically tested. “We believe ferrets are a relevant model of transmission because they SARS-CoV-2 spread easily, but mostly do not develop a serious disease, ”explains Robert Cox, one of the study authors.

The spread of the Coronaviren in the human body was “simulated” with the ferrets. Two groups were formed. First, a group of ferrets that received the drug and one group that did not. The animals were then locked in a cage and tested to see whether the virus could be transmitted. According to the researchers, it showed the real Flu drug actually effect.

According to this, “MK-4482 / EIDD-2801” was able to prevent all but one ferret from dealing with the Coronavirus infected.

In summary, the scientists found in their study that “Molnupiravir”, as “MK-4482 / EIDD-2801” is also known, within 24 hours Coronaviren can almost block with regard to their portability. Study author Richard K. Plember describes the flu drug as the first “orally available drug that quickly blocks the transmission of Sars-CoV-2.” The researchers refer to the study as “Breakthrough”.

Dem Study report after, there are three advantages to that Molnupiravir having.

Side effects: So far, the results are only based on experiments with ferrets

“If the ferret-based data on the inhibition of the Sars-CoV-2-Transmission is also confirmed in humans, then patients could with Covid-19 become non-infectious within 24 to 48 hours after starting molnupiravir orally, ”explains the research team. The infectiousness, i.e. the infectiousness, would be severely restricted in this way after a relatively short time.

However, that was Influenza– Drug tested on ferrets only, not humans. It is unclear what the drug’s side effects are. In addition, it has not yet been researched how long the agent works. Another corona study also produced interesting findings: Dark chocolate and green tea are said to inhibit the corona virus. (Tobias Utz) * hna.de and fr.de are part of the nationwide Ippen-Digital editors network.

London in a state of emergency corona – shopping in the...

Scenes re-enacted: NDR distances itself from the documentary “Lovemobil” – media...

The quick check for the “crime scene”: It’s all a matter... 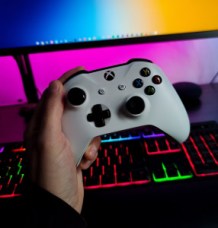