So far, there are no corona medications that can be taken orally. But that could change soon: Researchers are currently testing a new preparation.

Almost a year has passed since the beginning of the corona pandemic. Since then, scientists and doctors have been researching ways to successfully treat Covid-19 and thus prevent severe courses. But there are still only a few approved drugs against Covid-19. In many cases, medical professionals make do with the use of preparations that are used off-label. These are preparations that are not specifically approved for the treatment of Covid-19, but still show an effect. These include, for example, blood-thinning medication *.

And according to US researchers, a new flu drug is also a promising active ingredient against corona. In one in the trade journal Nature Microbiology published study, the research team led by Professor Richard K. Plemper from the Institute for Biomedical Sciences at Georgia State University in Atlanta comes to the following conclusion: The flu drug MK-4482 / EIDD-2801 could also effectively inhibit the spread of coronaviruses in humans.

The scientists originally wanted to develop an antiviral preparation for treating flu patients. However, the team changed its objectives due to the coronavirus pandemic. When producing the drug, they focused on its effectiveness against Sars-CoV-2, the trigger for Covid-19. The result is convincing – at least in animal experiments: The drug called MK-4482 / EIDD-2801 or molnupiravir can stop the transmission of coronaviruses within 24 hours, according to the researchers.

The physicians had researched the drug in animal experiments with ferrets, because “ferrets and related members of the weasel genus transmit the virus with minimal clinical symptoms, which is similar to the spread in the human young-adult population,” the researchers said in their publication. The study directors found a high Sars-CoV-2 concentration especially in the nasal tissue and nasal secretions of the animals. “The therapeutic treatment of infected animals with orally administered MK-4482 / EIDD-2801 twice daily reduced the Sars-CoV-2 exposure in the upper respiratory tract significantly and completely suppressed the spread to untreated contact animals“, So the study result of the researchers. Now it has to be tested how taking molnupiravir affects people. In the best case, just as in the ferret model: Then Covid-19 sufferers would no longer be infectious within 24 hours of ingestion. (jg) *Merkur.de is part of the nationwide Ippen digital editorial network.

Survey on the subject of “Corona lockdown”

Continue reading: Corona drug Remdesivir probably ineffective – why it is still approved in the USA.

These viruses and bacteria make us sick

New Coronaviurs variant from Brazil: does the vaccine last?

Twitter reactions to the Stuttgart “crime scene”: “Three days in this... 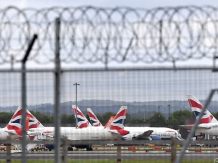 Before the British are banned from landing, three planes land in... 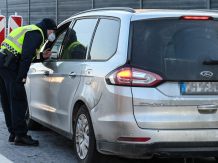 Pioneer of Chinese online trading as if swallowed by the earth