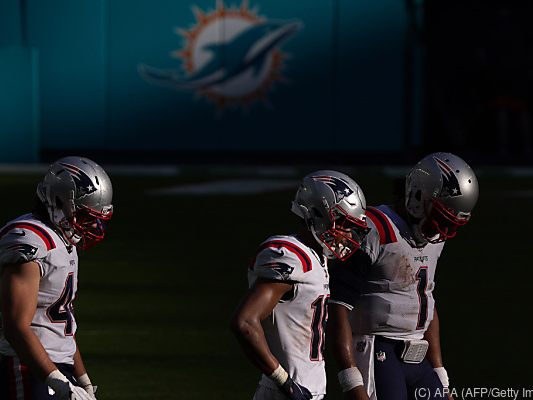 The New England Patriots missed the play-offs in the NFL for the first time in twelve years. The team from the greater Boston area lost to the Miami Dolphins 12:22 on Sunday and have six wins and eight losses after 14 games. In their division, the Patriots can no longer catch up with the Buffalo Bills and Dolphins who have already qualified.

The series champion of the past few years has gone into this season for the first time since 2001 without star quarterback Tom Brady, who joined the Tampa Bay Buccaneers in the summer. When the Patriots missed the play-offs in 2008, which were then played out in January 2009, Brady tore a cruciate ligament in the first game and subsequently missed the entire season. Under head coach Bill Belichick, New England will for the first time since 2000, its first season in New England, close a year without a positive win record.

In the top game of the day, the New Orleans Saints lost 29:32 to the Kansas City Chiefs at home in the Mercedes Superdome. Quarterback Patrick Mahomes of the defending champion of the Super Bowl beat his opponent Drew Brees with passes for 254 yards and three touchdown passes. Brees, who made a comeback after a four-game injury break, came to 234 yards and also three passes into the end zone, but made an interception in the first quarter.

The 41-year-old had broken ribs in the game against the San Francisco 49ers. During his absence, Brees had to cede the record for the most touchdown passes in NFL history to Brady. Brees has 568 touchdowns, Brady 573 after a 31:27 win by his Buccaneers at the Atlanta Falcons.

Meanwhile, the Seattle Seahawks secured their play-off spot with a 20:15 win against Washington Football Team. The New York Jets celebrated their first win of the season, winning the Los Angeles Rams 23:20.

“Super Talent”: Border Collie Ayden enchants the jury, but what about...

NBA: Isaac Bonga falls out of rotation at Washington Wizards

Refugees: According to the UN, 80 million people are on the...

Berlin & Brandenburg: Christmas in prison: Without singing, but with a...

Half-time balance and the most beautiful photos stalemate

Hessen’s economy calls for the opening of restaurants, hotels and shops

Chistiane F. is now available as a series

Mark Zuckerberg on Clubhouse: He likes these jokes about himself best