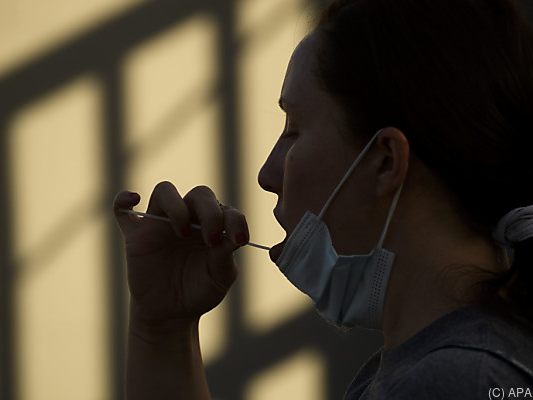 The number of daily corona deaths in the USA has reached a new high of more than 3,000. On Wednesday, 3,071 more deaths from the pandemic had been registered by evening (local time), said the Johns Hopkins University in Baltimore. In addition, more than 220,000 new infections were registered within one day. There is also a new high in new infections in Germany.

In the United States, cases were expected to rise after millions of people ignored appeals to stop traveling and visiting family for Thanksgiving two weeks ago. In California alone, the most populous of the 50 US states, there were more than 30,000 new infections within one day, according to the Covid Tracking Project. The number of Covid 19 patients in US hospitals also reached a new high: on Wednesday there were more than 106,000 patients.

The USA is numerically the country most affected by the corona pandemic worldwide. Since the pandemic began, more than 15 million infections with the novel coronavirus have been detected in the United States and more than 289,000 people have died.

New corona vaccines are now giving hope. On Thursday, the US FDA’s vaccination commission is reviewing the application for emergency approval of the corona vaccine from Mainz-based company Biontech and its US partner Pfizer. If the independent vaccination commission should vote in favor of an emergency approval, this could be given very quickly by the FDA. The FDA said on Tuesday that it classified the vaccine as safe and effective.

Germany also reported a new record. The health authorities reported 23,679 new corona infections to the Robert Koch Institute (RKI) within 24 hours, according to figures from Thursday morning. The previous record was reached on November 20 with 23,648 reported cases. In the previous week there were 22,046 new cases on Thursday.

The number of deaths surged over the 20,000 mark. The RKI recorded 440 new deaths in one day on Thursday. The previous day, a maximum of 590 deaths had been reported. The number of daily deaths had tended to increase recently, which was expected after the steep increase in new infections. The total number of people who died with or with a proven infection with SARS-CoV-2 rose to 20,372.

In Spain, however, after the publication of new corona numbers, a total of 65,000 deaths since the start of the pandemic can be assumed. In the months of March to May, around 18,000 more people died from the corona virus than officially known, as the National Statistics Agency (INE) announced on Thursday. A total of 45,684 people succumbed to the virus in the three months. The Ministry of Health, on the other hand, had reported over 27,000 corona deaths for this period.

According to the INE, a corona infection was clearly identified as the cause of death in 32,652 people from March to May, while the other 13,032 can be assumed to have Covid 19 disease because of the symptoms. Taking into account the new INE numbers, more than 65,000 people in Spain would have died of Covid-19. This would put the country ahead of Great Britain with more than 62,000 corona deaths.

Accident in the direction of Heilbronn: five vehicles collide in the...

Six instead of five corona vaccinations possible with one bottle

New branches because of Corona? This is what the future...