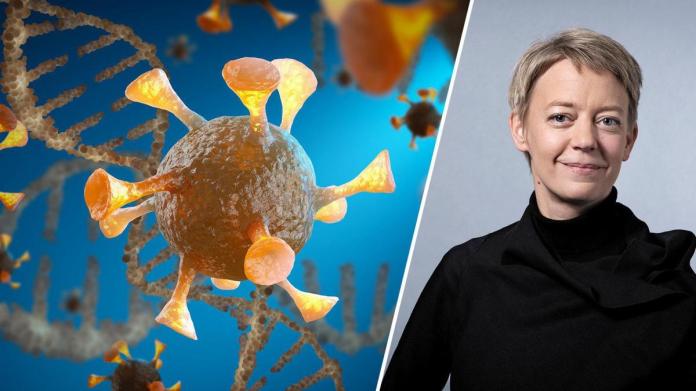 In the UK, the complete genome of the coronavirus has been completely analyzed several hundred thousand times. The new mutation was also noticed. In Germany, however, there seems to be little interest in new variants

B 1.1.7 turned Europe upside down again shortly before Christmas: The variant of the corona virus that has appeared in Great Britain is apparently spreading 70 percent faster than the previously known. A more infectious virus means that more people will become ill, that clinics will be burdened even more, that the pandemic will be even more uncontrolled.

But how great is the danger for mainland Europe, for Germany really? Is B 1.1.7 already widespread here, maybe people are already infected with it? And: will the pandemic now experience a completely new dynamic?

Nobody in Germany knows. That is the sober as well as terrifying realization. In this country, thousands of samples from infected people are sequenced every day with a PCR that searches for the gene sequences characteristic of Sars-CoV-2. In this way it can be found out quickly whether a person is carrying the virus.

These samples could also be used to find out which variant of the virus the person tested is infected with. Experts would only have to use swab residues and perform a full genome PCR, i.e. decode each of the 30,000 bases that make up the virus. This is then a little more expensive – 100 euros instead of 20 euros – but hardly any more effort.

But apparently hardly anyone in Germany is interested in the circulating variants of the corona virus. A portal in which scientists can enter such fully decoded genomes of the virus lists just 508 for Germany. For comparison: In Great Britain, more than 200,000 sequences have already been entered.

Professor Jörg Timm heads the Institute for Virology at the University Hospital Düsseldorf. He is one of those who repeatedly and completely sequence the virus, for example in the case of small corona outbreaks in the clinic, in order to find possible weak points in the hygiene concept. This currently happens about ten times a week, he says.

In a research project, he is also checking samples from the health department that were produced during normal corona tests. Up to 30 full sequences per week come together. The goal: to keep an overview of which virus variants are currently circulating in Düsseldorf.

He assumes, says Timm, that colleagues from many clinics and institutes act similarly to him. Only: These activities are mostly not well networked, and apparently not all researchers enter their results in the international genome databases.

Which variants are currently circulating in Germany – and whether there are potentially critical variants such as B 1.1.7 among them: nobody knows.

Everyone has learned in the past few months that knowledge and time are the most important factors in the pandemic. In the fight against the virus, it is important to gain time – so that not so many people get sick and not so many have to go to clinics at the same time. And for that you have to know where it is – and what it does. Whether it mutates, spreads faster or slower. Whether it will be more dangerous. Only those who closely monitor the virus can estimate how the pandemic will develop. Up until now nobody in Germany thought this was necessary.

The Crown: That’s why Olivia Colman doesn’t give her successor any...

Adrian Smiseth Sejersted has to leave Cortina d’Ampezzo due to an...

Chaos at the border: “We are stunned”

“Back to the Future” trilogy in three Blu-ray Mediabooks only available...