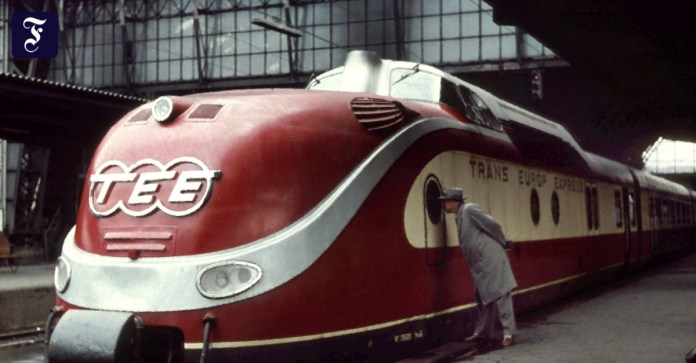 Dhe railway companies from Germany, Austria, Switzerland and France want to offer new cross-border night train connections in Europe from 2021. This emerges from the invitations sent out on Friday by the Federal Ministry of Transport and Deutsche Bahn for a press conference next Tuesday. Then the companies wanted to sign a letter of intent.

According to the Ministry of Transport, the planned cooperation is an important step on the way to the “TransEuropExpress”. The aim is to make Europe even more climate and environmentally friendly with attractive, long-distance rail transport.

In October, the Austrian Federal Railways (ÖBB) announced that they would be expanding their range of night trains across Europe. Deutsche Bahn had handed over its night train network to ÖBB.

Transport Minister Andreas Scheuer (CSU) presented a concept in September to revive the Trans-Europ-Express (TEE). With a combination of high-speed and night trains, the minister initially wants to offer trans-European routes for which no major infrastructure measures are necessary. These include, for example, continuous connections between Amsterdam and Rome, Paris and Warsaw or Berlin and Barcelona. With travel times of around 13 hours, these cities should be accessible from one another.

From the 1950s to the 1980s there were Trans-Europ-Express (TEE) trains in Europe, since then Eurocity trains have been running on long-distance cross-border connections.

Lockdown companies are pushing for openings at Kurz today – politics

Germany is already preparing for the lockdown to be extended

Police: NPD functionary should pay for deployment in Eisenach

Coronavirus mutation in Germany: Virologist Drosten worried – “Then we have...

The big holidays are already here

Olympia: Tokyo is planning games without a vaccination requirement