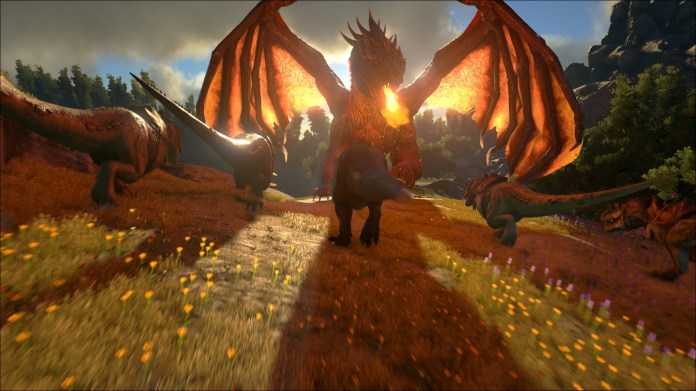 This year, the “ARK: Survival Evolved” makers at Wildcard Studios used The Game Awards to announce two new projects that fans of the brand can look forward to.

On the one hand, we are dealing with a successor in the form of “ARK 2”. In addition, “ARK: The Animated Series” has been announced as an animated series that will not see the light of day until 2022. In order to give you an impression of what is in store for you in the animation series for “ARK”, the Wildcard Studios provided an extended trailer in addition to the official announcement, which of course we do not want to withhold from you.

The story of a mysterious land

“ARK: The Animated Series” will consist of 14 episodes with a running time of 30 minutes each and will be designed or produced by Jeremy Stieglitz and Jesse Rapczak, the creative minds behind the game. Also on board is the director Jay Oliva (“Batman: The Dark Knight Returns”, “Justice League: The Flashpoint Paradox”).

On the subject: The Witcher: Work on the Netflix series suspended due to positive COVID-19 tests

“ARK: The Animated Series” tells the story of a mysterious land populated by dinosaurs and other extinct creatures, and where people from all over human history are being resurrected. When 21st-century paleontologist Helena Walker suddenly wakes up on ARK, she is quickly faced with a ruthless struggle for survival.

At the same time, she is looking for allies to uncover the story behind ARC.

Cult classics will be thrown out of subscription KINO.de tomorrow

Popper: 15 percent already had an infection