New Year’s Eve started quieter than in previous years in Berlin. The fire brigade has been in the usual “ New Year’s Eve state of emergency”, as the helpers say, since 7:00 p.m. According to a spokesman, there have been no special incidents so far. The police, which are deployed with around 2,900 people, made a similar statement. In the streets of Wedding, Kreuzberg and Neukölln, firecrackers and rocket shots could be heard over and over again in the evening. Compared to previous years, the noise level was initially limited.

At the Brandenburg Gate, where hundreds of thousands of people usually celebrate on New Year’s Eve, it initially remained largely empty. The great height fireworks that are usually ignited there had been canceled. ZDF will broadcast their New Year’s Eve show live from there, where musicians such as Jürgen Drews or the band Karat were also supposed to appear – but without an audience. (dpa)

After the election to the CDU boss: K question? Laschet...

Ostpro canceled! “Nothing except expenses” 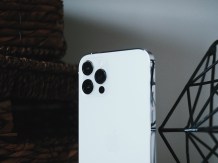 Sales of snowshoes are booming in France

The mud and the city