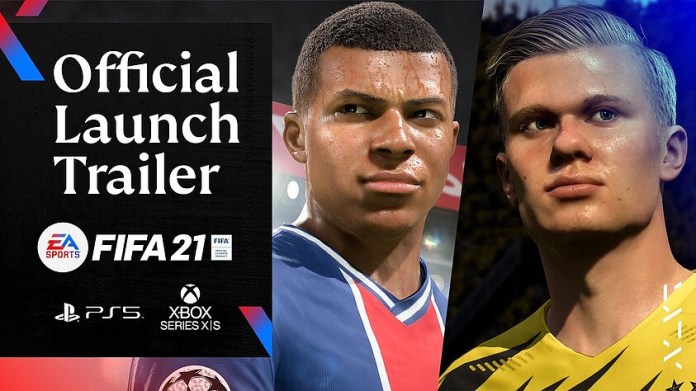 Electronic Arts Inc. has heralded the next generation of sports games with the worldwide release of EA SPORTS “Madden NFL 21” and “FIFA 21” on Xbox Series X | S and PlayStation 5. The games offer faster loading times, more realistic and smoother player movements, authentic game and matchday experiences in the stadiums, as well as optimization of rendering and lighting, which ensure even greater depth of detail and improved player graphics. Thanks to the new DualSense controller, both titles on PlayStation 5 also contain new haptic feedback, which enables an even more intense gaming experience.

“Madden NFL 21” presents next-generation player movements based on real player data from the NFL Next Gen Stats. The data records the pace and acceleration of each individual NFL player and uses Frostbite to ensure seamless, statistics-based animations. The game enables the most realistic and fluid player movements to date and an even more authentic game day experience. The revised play announcement system makes it easier to give the ball to the best players and to save favorite plays for later use. The deferred lighting ensures even sharper graphics, the players’ bodies have been improved and new clothing animation technology has been incorporated that optimizes the silhouettes and even depicts jersey folds in motion. New location-based audio also brings the sound of the NFL to life.

“The entire EA SPORTS team is thrilled to unleash the power of Madden NFL 21 and FIFA 21 on Next Gen. Next-gen technology has enabled us to provide even greater authenticity and sport-specific features like the NFL Next Gen To incorporate stats in Madden NFL 21 or the next-level player movements and football physics in FIFA 21. As sports fans, we want everyone to feel the next level of sport with Madden and FIFA this year. This is just the beginning, and so do we look forward to continuing to innovate on these new platforms. ”

“FIFA 21” puts players in a thrilling football experience with the EA SPORTS GameCam, which was inspired by the look of the very best football broadcasts, and the deferred lighting system “LiveLight Rendering”, which optimizes all aspects of the gaming experience on the pitch. Thousands of authentic fan chants, recorded exclusively in the world’s largest competitions, including Bundesliga, Premier League and LaLiga, ensure the ultimate EA SPORTS audio atmosphere. Thanks to the power of Frostbite, fans can look forward to even greater depth of detail in the body representation, muscle movements and ball deformation after shots as well as strands of hair blowing in the wind.

Anyone who buys or has already bought “Madden NFL 21” and / or “FIFA 21” for Xbox One and / or PlayStation 4 can purchase the game version for Xbox Series X | S and / or PlayStation 5 until the release of “Madden NFL 22” and get “FIFA 22” for free. Players can take their progress and content from Ultimate Team, The Yard and both franchise modes (Madden NFL 21) or their progress and content from Ultimate Team and VOLTA FOOTBALL (FIFA 21) with them.

How seasonal effects work on the virus

Virus mutation in the UK: Biontech could adapt vaccine quickly

Michael Wendler: Ex-Manager – “I said ‘Go to the clinic'”

There is a volcano under Berlin

Hybrid party congresses in Berlin ?: Why red-red-green is arguing about...

New markets and presence strengthened: Lanxess purchases in the USA