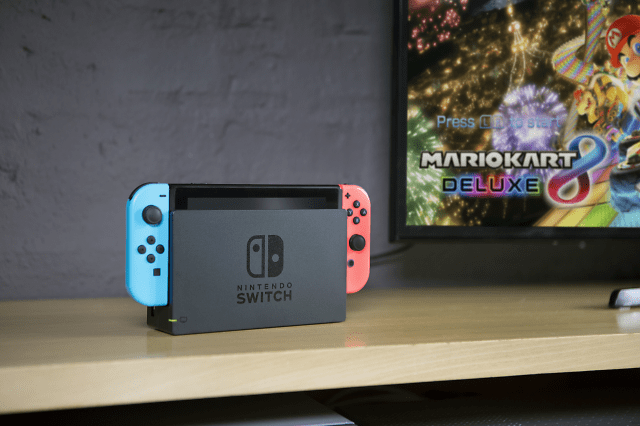 December 25, 2020 at 2 p.m.
of Michael Miskulin –
The Nintendo Switch had a very good year in terms of console sales this year. In the past year 2020, Nintendo’s hybrid console was able to sell more than twice as often as the two competing consoles Playstation 4 and Xbox One.

According to Vgchartz, the Nintendo Switch continued to grow from year to year, while sales of the PS4 and Xbox One fell by 70 percent due to the market launch of their successors, the PS5 and Xbox Series X / S. In the second week of December, the Nintendo Switch sold almost 1.4 million consoles, which is an increase of 2 percent compared to the previous year.

The Nintendo Switch is now in its fourth year since its market launch and during this time it has seen a sales pace similar to that of the Playstation 4 since it was launched. It was only last year that the Nintendo Switch overtook the PS4 and sold around 7 million units more than the PS4 in its fourth year since its launch. After its first 45 months, the Nintendo Switch has sold 70.9 million consoles, while the Playstation 4 has sold 62.31 million units after its first 45 months. The PS4 took five months longer to sell 71 million copies.

Digital gaming revenue hit a new high of $ 10 billion in March. There is also a VR title among the top ten.

End of support for Windows 7: PC market with worldwide growth

More PCs were sold worldwide in the third quarter of 2019 than in the same period of the previous year. The end of support for Windows 7 is said to have had an impact, especially in Japan. The PC market is divided into five manufacturers – Lenovo (with Fujitsu), HP, Dell, Apple and Acer – with the Chromebooks contributing to the upswing in addition to Windows PC sales.

Total War: Three Kingdoms can still very confidently hold onto the top position of the Steam sales charts. There it is now represented in duplicate in places 1 and 2. The surprise hit Mordhau meanwhile slipped into third place.

“I got fat from Corona”

Baby torn out of belly: the tremendous life story of an...

The King of Fighters 15: Official reveal of the fighting game