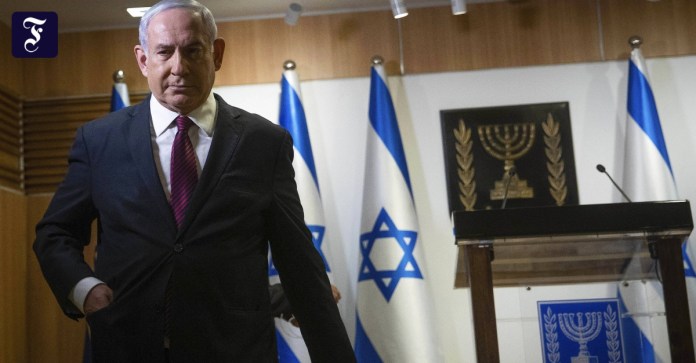 IIn Israel, new elections have to take place again: after a deadline for a new budget, the parliament in Jerusalem dissolved automatically on Tuesday at midnight (local time; 11 p.m. CET). The background is a conflict that has been going on for months between Prime Minister Benjamin Netanyahu and his coalition partner Benny Gantz.

On Tuesday night, the Knesset had already rejected a proposal to postpone budget planning for 2020 to December 31, and planning for 2021 to January 5. An agreement at the last minute would have been possible by the deadline on Wednesday night at the latest. However, because of the ongoing dispute in the governing coalition, observers had not expected a solution.

The new election could take place on March 23. It would then be the fourth ballot for the Israelis in less than two years.

Since the coalition agreement was reached in April, the relationship between Netanyahu and Gantz has been characterized by suspicion and public accusations. According to the original agreements, Gantz should move to the top of the government at the end of November next year. Observers had suspected that Netanyahu deliberately wanted to force new elections before he had to hand over power to Gantz.

According to opinion polls, however, Netanyahu must expect that a significant number of Likud voters will be lost to the new, right-wing challenger Gideon Saar in new elections. The head of government will also have to answer for corruption in court at the beginning of next year. Netanyahu is also criticized for his crisis management in the corona pandemic.

The center-left electoral alliance Blau-Weiß von Gantz should not benefit in the event of new elections. While blue-white was able to get the most votes in the penultimate elections in September 2019, the alliance only comes in sixth or seventh place in the most recent polls.

Pre-orderers get their console for the weekend

In Eschborn the water is running out – FFH.de

ROUNDUP: Kinnevik wants to distribute Zalando participation from its own shareholders...

Doubtful Herrmann as strong as a bear: biathlon women inspire at...