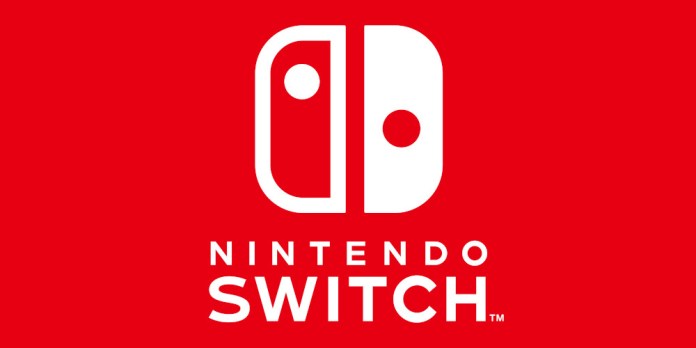 On the night of December 1st, Nintendo released a new one System-Update, which updated his popular Nintendo Switch console firmware from version 10.2.0 Version 11.0.0 raises. The big leap in the numbering is no coincidence either, so various new functions have been added under the hood to make it easier for you to use the device. We have summarized all the innovations for you.

The HOME menu was a button for Nintendo Switch Online added. Behind it is a new application that gives you quick access to all the services offered. Here you can not only manage your save data cloud and membership, but also receive information on new offers and a compact overview of available online games as well as NES and SNES titles.

Update for the storage data cloud

Important to know: This function must be activated in the system settings and only takes effect if the saved data of the respective software has already been obtained from the save data cloud on the other Nintendo Switch systems.

Update for the user profile

The user profile was increased by a new function expanded. As indicated a few days ago, you can now see which games are popular with your Nintendo Switch friends. To do this, select the newly added menu item “Popular with friends“, Which can be found directly under the friends list in the user profile. Here software is divided into two categories: “In the spotlight”, which shows titles that friends have recently started, and “Played by friends”, which gives a general overview of which titles are played by your friends. 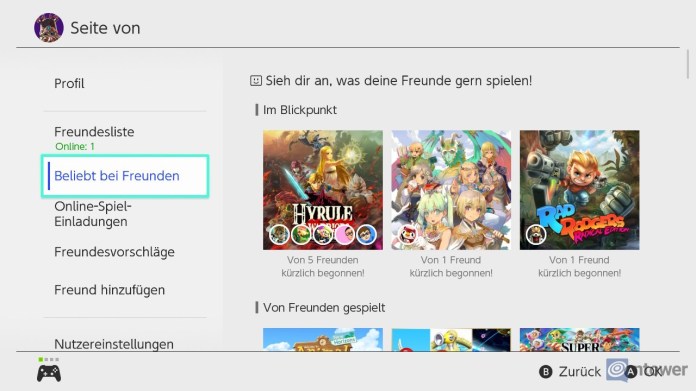 Sharing screenshots and videos has been simplified

If you wanted to share a recording stored on your Nintendo Switch with others, it either had to be uploaded to a social network or laboriously transferred to another device by removing the microSD card. Come with the latest system version two new ways how you can share your recordings with the world.

For one thing, your Nintendo Switch system can now connect to your smart device and transfer pictures as well as videos in this way. In order to establish the connection and to be able to call up your recordings, you need to scan two QR codes that are displayed on your Nintendo Switch console.

On the other hand, recently a direct connection with your PC by using a compatible USB cable, such as the charging cable with the model designation “HAC-010” included with Nintendo Switch Pro controllers. Recordings from the album folder can be transferred with ease. Note that a connection via the Nintendo Switch station is currently not supported. The USB cable must be plugged directly into the console.

In the event that your Nintendo Switch system carries out multiple downloads at the same time, you can now determine which download should be prioritized by the system. To do this, the download settings of the desired title must be called up in the HOME menu.

New user icons for the 35th anniversary of Super Mario

The range of available user icons has once again been expanded. Nintendo Switch owners can check out 12 new motifs happy, all of which are dedicated to the 35th anniversary of Super Mario. So if you soon see a certain mustache bearer on your friends list, you know the reason. 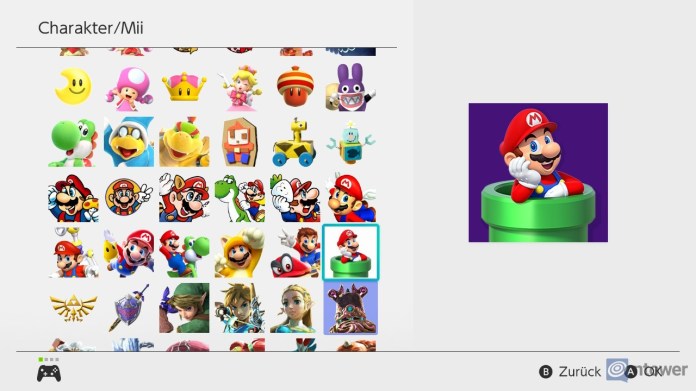 Update for the button assignment

An earlier system update added the ability to customize the button assignments for individual controllers. With the latest system version, you are also allowed to use defined button assignments to be given a name. So you always know which scheme serves which purpose.

Update for the Joy-Con controllers

In line with the new system update, we recommend that you refresh the firmware of your Joy-Con controller if you have not done this recently. To do this, go straight to the system settings and jump to the menu item “Controller and Sensors”. There you can find the option “Update controller” below. During the process it is necessary to have your Joy-Con controller attached to the console.

In addition to the usual improvements in system stability and the elimination of errors, we can report that Nintendo has added a new language option. This is new here Brazilian Portuguese, which is supported by both the system and some software titles.

That was all the new features of the big update! What are you most happy about?

Schwesig: loosening only after the infections have subsided | Free...