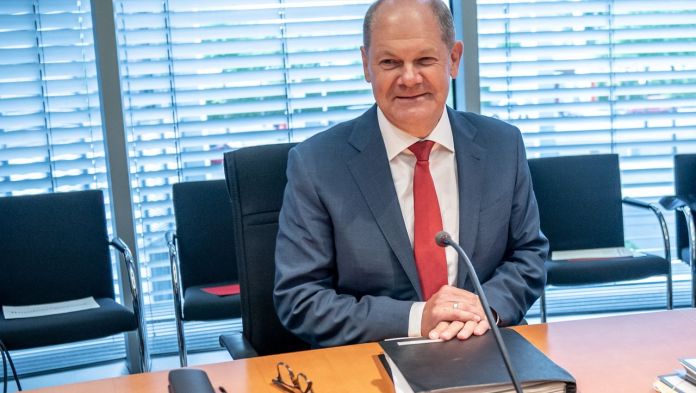 Books by or about politicians are often presented by competitors. Markus Söder, for example, recently presented a biography of his rival Armin Laschet. A similar constellation should be seen at the awarding of the German Reporter Prize on Monday evening: Federal Finance Minister Olaf Scholz (SPD) gives the laudation to British journalist Dan McCrum, who is being honored with a special prize for his revelations on the Wirecard scandal.
A spicy pairing. Finally, McCrum’s reports in the Financial Times revealed glaring control deficiencies, many of which fall within Scholz’s area of ​​responsibility. The financial supervisory authority under him, Bafin, did not investigate numerous indications of fraud at Wirecard; instead, it even filed criminal charges against McCrum for market manipulation. Opposition representatives therefore demand an official apology.
Such a gesture is not to be expected from Scholz. This is shown in his speech manuscript for the laudation, which is available to SPIEGEL and is apparently based on a recording on December 3.
Accordingly, Scholz praises McCrum’s work in the Wirecard case as “a milestone in investigative journalism”. The Briton has “made great contributions to the rule of law, our community and – and I want to say this very clearly here – also to Germany as a financial center.”

“Another story that needs to be told is that there was an investigation into Dan McCrum,” the Treasury Secretary continued. He was “glad that the public prosecutor’s office has stopped the investigation and is now concentrating on the perpetrators.” Scholz does not mention that the investigation can be traced back to the Bafin. Formula 1 winter test in 2021 expected in Bahrain instead of...

So they have lost over 30 kilos

These bench presses could be an issue