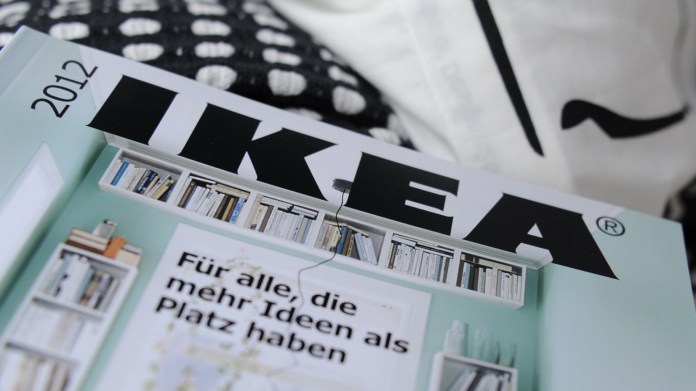 Online instead of print: the Ikea catalog is history | tagesschau.de

The renovation at Ikea continues: After 70 years, the printed Ikea catalog will no longer exist. The Swedish furniture store is increasingly relying on online.

It had print runs and a distribution area that almost any other print product can only dream of: In 2016, the year with the highest circulation, 200 million copies of the Ikea furniture catalog were distributed in 32 languages ​​in over 50 countries.

But that is now over: after 70 years, the printed work will be discontinued. In the future, customers should find out more in the branches and especially online.

Customer behavior and media consumption have recently changed and the catalog has been used less and less, said the Swedish company. “The Ikea catalog is associated with countless great memories and emotions for both our customers and our employees,” explained Ikea manager Konrad Grüss.

Ikea founder Ingvar Kamprad compiled the first catalog himself in 1951. In Germany, the market with the highest turnover, 23 million catalogs were sold to consumers last year. The current and probably last catalog only has a print run of 8.5 million copies.

In the corona pandemic, Ikea has increased its online sales significantly, while furniture stores have been closed for months. On the German market, the share of internet sales climbed from 9.4 to 16.2 percent in the 2019/2020 financial year (August 30).

Last year, online retail at Ikea grew by 45 percent worldwide, and the website had more than four billion visitors. The company also developed its own apps. In future, customers are to be reached even more digitally.

This article was printed out at the address:
www.tagesschau.de/wirtschaft/ikea-katalog-103.html

iPhones with iOS 14 do not display messages

Donald Trump Airport? US President demands that a popular airport...

Corona vaccination: When appointments can be booked again in SH |...

“Heard a long time ago”