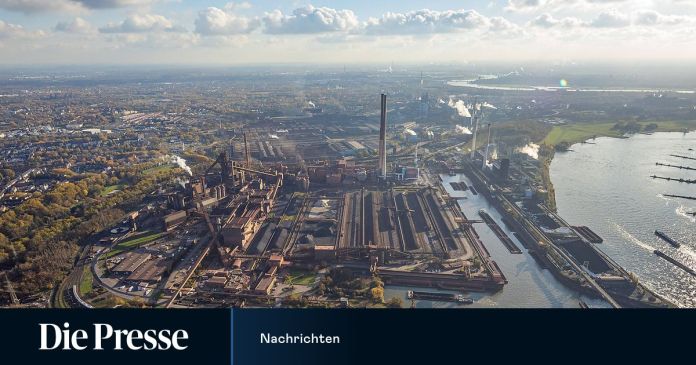 In October there was the sixth month in a row. Economists are happy about “an early Christmas present”.

The order books of German industry filled for the sixth month in a row in October and are therefore thicker than they were before the crisis began. Orders grew by 2.9 percent compared to the previous month, as the German Ministry of Economic Affairs announced on Friday. In September there was a revised increase of 1.1 (previously: 0.5) percent.

Due to the race to catch up, the pre-crisis level has now been slightly exceeded: Measured on February 2020, the month before the restrictions due to the corona pandemic began in Germany, orders are 0.8 percent higher.

“In the past few months, the demand for industrial goods both from home and abroad has continued to pick up,” emphasized the ministry. Orders from Germany rose by 2.4 percent in October, and those from abroad by as much as 3.2 percent. Orders from the euro zone increased by 0.5 percent, those from the rest of the world by 4.8 percent.

GDP is growing at a record pace

The gross domestic product (GDP) grew at a record rate of 8.5 percent in the summer quarter, after falling 9.8 percent in the spring as a result of the measures taken to combat the spread of the corona pandemic. In the current fourth quarter, many experts expect a setback, as new corona restrictions have been in place in Germany since November.

“It’s running again in the industry. International orders in particular have picked up,” said expert Jens-Olvier Niklasch from LBBW. “The level of new orders is now even above the – albeit rather weak – previous year’s figure. The economic weakness that we have caused by the pandemic is more or less related to the service sector. But that will not change anytime soon good news anyway. “

“This is an early Christmas present,” said Thoams Gitzel, VP Bank’s chief economist. You can look forward to this good set of figures in the midst of the difficult Corona times. As much as the service sector suffers from the containment measures, it is important that industry compensates. If the manufacturing industry were to get under the wheels, the economy as a whole would capitulate to the corona virus.

In this way, however, the severe economic damage can at least be countered somewhat. The data give hope that the declines in growth in the current quarter will not be quite as severe. The continued good order intake in October ensures production in the following months. This means that industrial production will also be able to record positive growth rates in the months of November and December – especially since incoming orders were already good in the previous months. ”

U-21 European Championship in Slovenia – The young Swiss triumph over...