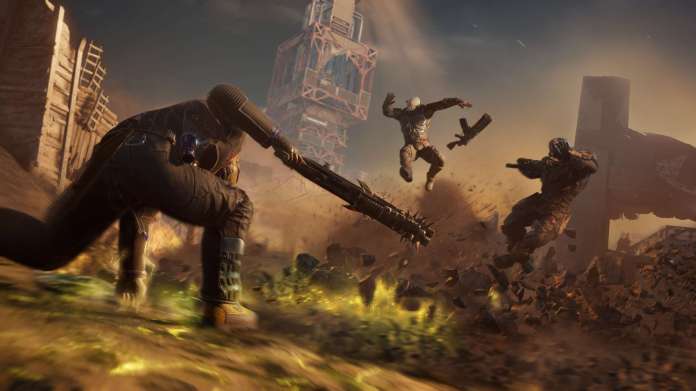 Square Enix released a new trailer for OUTRIDERS at the Game Awards 2020. The co-op shooter with a sci-fi setting is being developed by People Can Fly, the developers of Gears of War: Judgment and BULLETSTORM, and Square Enix External Studios, the creative minds behind SLEEPING DOGS and JUST CAUSE.

The new Game Awards trailer presents the Mantras of Survival – a guide that shows players how to survive as super-powered humans on the ruthless planet Enoch. Because there applies: To survive you have to take fate into your own hands and think aggressively.

Powers On Tap – Players dominate the battlefield with destructive forces. The cooldowns are short and you should use their powers extensively. It would be a mistake to just rely on guns!

Kill To Heal – All Outriders heal by dealing damage. There are no medkits, syringes, or life regeneration on Enoch. Aggression is the key to surviving and succeeding in battles.

Cover’s For Cowards – Taking cover won’t save anyone in OUTRIDERS, it just gives you time. Jump headlong into battle with the most powerful equipment set!

Think Aggressive – Only with this philosophy is there a chance of survival. On Enoch’s battlefields, confidence is everything, and an aggressive style of play is critical to success.

OUTRIDERS will be available on PlayStation 5, PlayStation 4, Xbox Series X | S, Xbox One and PC on February 2, 2021, and also on Google Stadia later in 2021.

RTL does not want to offer “Hitler-Transe” a platform

Parcel delivery: “Slap in the face” – Harsh criticism of the... Soccer – Stuttgart – VfB Stuttgart: Advisory Board is looking for...

After “DSDS” -Aus: Dieter Bohlen switched on a lawyer because of...