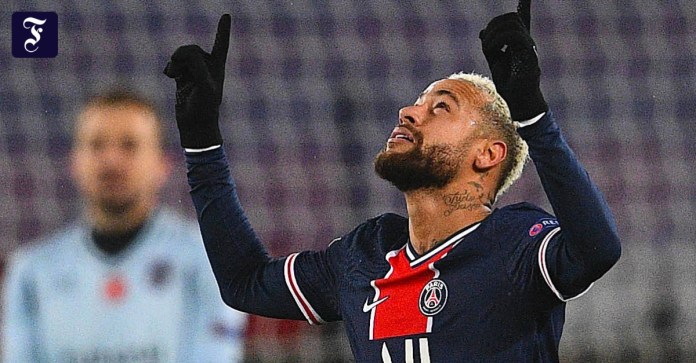 Dhe interruption of the game on Tuesday due to the racism scandal involving the Romanian fourth official Sebastian Coltescu was unable to stop Paris Saint-Germain in the Champions League on the way to group victory. One day late, the team of coach Thomas Tuchel prevailed against Istanbul Basaksehir with 5: 1 (3: 0) and pushed RB Leipzig from the top of the table in Group H.

Before the game, which continued on Wednesday at 14th minute, the professionals of both teams knelt with a “Black lives matter” gesture. The new team of referees, led by Dutchman Danny Makkelie, also took part in this action, although they did not put a fist into the sky like the players did.

Coltescu had triggered the scandal through a statement to main referee Ovidiu Hategan related to Istanbul’s assistant coach Pierre Webo. To his compatriot Coltescu referred to Webo as “black”. Both teams then left the field in protest.

Klopp only with a draw

In a one-sided game, the French champions set the course for victory before the break. Superstar Neymar scored in the 21st and 38th minute, in the 42nd minute Kylian Mbappe converted a penalty). After the break, Neymar (50th) and Mbappe (62nd) were successful again, Mehmet Topal (57th) met the overwhelmed guests.

The English champions FC Liverpool, who had already qualified for the second round of the premier class, had to be content with a 1-1 (1-0) draw at the Danish title holder FC Midtjylland in Herning. The lead by goal scorer Mohamed Salah after only 57 seconds was not enough for coach Jürgen Klopp’s team to win. Alexander Scholz (62nd) equalized with a penalty.

However, Robin Gosens was allowed to cheer. With Atalanta Bergamo, the German international won 1-0 (0-0) at Ajax Amsterdam. Thanks to this success, which Luis Muriel (85th) ensured, the Italians reached the second round. The hosts, on the other hand, outnumbered in the last eleven minutes, have to go to the Europa League.

“Would be an honor to have him with us”

Now LIVE: Rapid Vienna against Austria Vienna in the ticker –...

Corona: Manufacturer of PCR tests calls for a rethink at the...

Rockenbauch wants to put pressure on the new Stuttgart OB

Four times a couple: This is how Laura & Mike’s love...