About the Christmas days to Portugal? This will be possible again from December 19 without quarantine on return.

The outcry among the Portuguese in Switzerland was great last week: The Federal Office of Public Health put Portugal on the quarantine list on December 14th – a return trip over the holidays to the home country to celebrate the holidays with the family was for many no longer in question.

But now there is hope: the quarantine list should be adjusted again tomorrow, Friday. BLICK knows from a well-informed source: Several countries are flying off the list again!

The new proposals are currently circulating in an office consultation. According to the proposal, the following countries are to be removed from the risk list: Jordan, North Macedonia, Poland, Portugal, Hungary.

But also certain regions of the Swiss neighboring countries come off the list again: For example the French overseas territory French Polynesia, the Italian region Emilia-Romagna as well as the Austrian federal states Carinthia, Upper Austria, Salzburg and Styria. This means that all of Austria is no longer a quarantine area!

According to reports, the new list will come into force on December 19. This means that those who return from vacation on Saturday or travel to Portugal or Poland over the festive season no longer have to be quarantined on their return. This is also an important relief for the health system, as many Portuguese and Poles are currently working in this area – for example in hospitals or old people’s homes.

According to the proposal, the following countries and regions appear on the new list as of December 19:

But there is already another list in the office consultation. A further adjustment is planned for December 28th. New states are to land on this again. According to the current proposal, Belize, Sweden and Turkey will then be added to the list. But also a German state – namely Saxony!

According to the planning, the following list will apply from December 28th:

The fact that the list is to be adjusted in two stages is due to Christmas. It should make it easier for those affected to plan, it says in Bundesbern.

The corona virus is currently occupying the whole world and there are new developments every day. All current information on the subject is available in the coronavirus ticker. 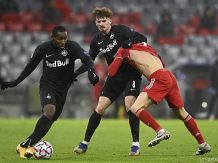