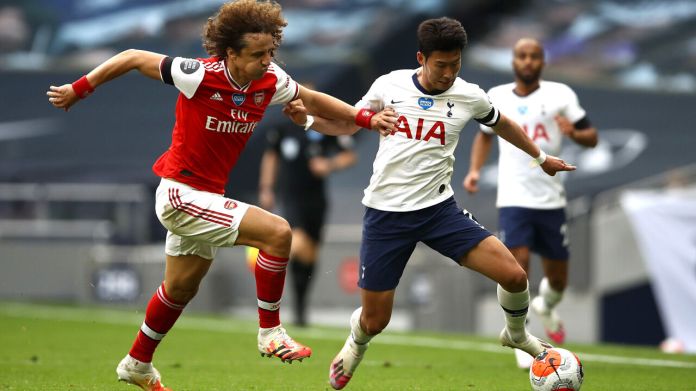 For the first time in a long time, fans have been admitted to England’s stadiums this weekend. As in the Europa League match between Arsenal FC and Rapid, visitors are again allowed to enter the stadiums in some Premier League matches.

The hit of the round rises on Sunday with a capital derby, in which the leader Tottenham Arsenal (Sunday 17:30 in the live ticker) receives. This means that the Europa League opponents of LASK and Rapid meet in a direct duel. However, the two teams go into the match with different requirements.

“Spurs” as the clear favorite in the derby

Jose Mourinho’s “Spurs” are the clear favorites when the traditional London clubs meet. Tottenham leads the table ahead of defending champions Liverpool, while Arsenal in 14th place is not following their own expectations for the first time. It will definitely not be as easy for the “Gunners” against their North London arch-rivals on Thursday in their 4-1 win against SK Rapid, especially since top attacker Harry Kane is expected to be back in the starting line-up.

The English international missed the 3: 3 in Linz against LASK due to an injury that had not been taken, but coach Mourinho then gave the all-clear. “I could bluff now or say he is very bad. He is not bad,” said the Portuguese, adding: “I think he will play.”

The “Spurs” are in Premier League nine games undefeated. Arsenal, on the other hand, have not made any of their recent six away trips to Tottenham victorious, and have never won an away match with a Mourinho team. Under coach Mikel Arteta there is currently the worst league start since 1981. Much more than the hope of the autonomy of a derby remains there.

“Code of Conduct” for viewers

Stadium visitors have been in the league since the league was canceled in March Premier League not allowed due to the Covid-19 pandemic. However, the authorities have now given the go-ahead that clubs in cities with a low corona risk may allow up to 2,000 of their fans to enter. Ten teams – mainly from the greater London and Liverpool area – have this fundamental okay, while the risk of infection in Manchester, Leeds, Leicester or Birmingham is still rated as too high.

Anyone who has got hold of a ticket receives a kind of code of conduct from the respective club. Mouth and nose protection is mandatory in all arenas, even if it is not otherwise mandatory in the UK outdoors. Spectators from the same household are allowed to sit next to each other, otherwise the clubs are instructed to keep a large distance.

Singing and shouting are not expressly forbidden, but visitors to the stadium are encouraged to cheer on their team in a moderate and cautious manner and avoid physical contact when celebrating a goal. There are also rules for leaving the site.

AirPods Max disassembled: What goes on inside the headphones – assembly...

The “direct auction” wants to save the Berlin art scene