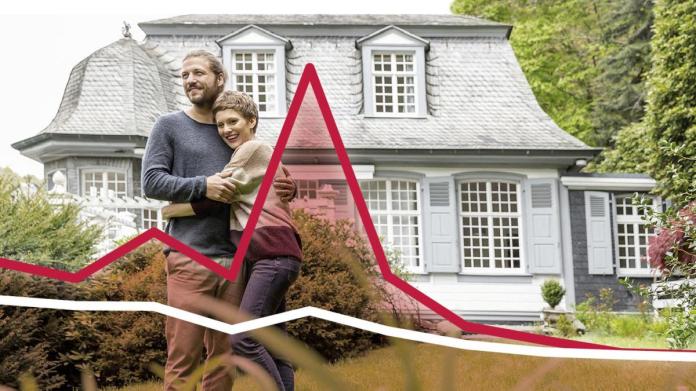 Dhe pandemic has shaken economic self-evident: For the first time since the war, an entire generation was confronted with the fact that the foundations of prosperity could be threatened by an invisible enemy. State aid on credit and cheap central bank money can mitigate and cushion the consequences of the crisis, but they cannot replace value creation. For this reason, many younger people are fundamentally thinking about what creates wealth for the first time.

The crisis of 2020 also shows the height of the fall in economic development over the past 100 years. Before the virus struck, Germany had achieved the highest levels of prosperity in many ways. This national wealth did not grow as fast as in the past, but in historical comparison the progress that the country in the middle of Europe has made in the past decades is enormous.

It is normal for the prices of many everyday products to rise, but as long as incomes improve more strongly, the bottom line is that there will be wealth gains. This can be measured with a coefficient that economists call the purchasing power of the minute or hour of wages. “How many minutes or hours do I have to be gainfully employed to be able to pay for something at market prices, be it a carton of milk, a roast chicken, a cinema ticket or a visit to the hairdresser?” Is the question.

Result: For most consumer goods, people now have to work less long than half a century ago or even at the beginning of the 20th century. Even compared to the early 1990s, the time after reunification, the minute wage is worth more. At the same time, there are a few exceptions that say a lot about changed social priorities. Yet another picture emerges if assets are also included in the calculation.

Compared to the economic boom (around 1950 to 1970), eating and drinking at home is now significantly cheaper. Not to mention the supposedly “good old days” before the First World War. Much of what is part of everyday life today was considered a luxury well into the middle class.

In 1905, the average worker had to toil for almost five hours to buy a kilogram of pork. Today a kilo of cutlet costs less than half an hour of work.

With other things that are taken for granted today, the improvement is even more striking: in order to be able to afford a kilogram of coffee beans, a subject of Kaiser Wilhelm II had to spend a full working day in the factory or office; today it is barely more than half an hour on Laptop. Almost all food, measured in terms of employment, has become cheaper over the decades. The statistics show a remarkable pattern. In 1950, most Germans in East and West did not yet have a significantly higher wage-minute purchasing power than their parents or grandparents 50 years earlier.

Then, especially in the Federal Republic of Germany, the great prosperity surge began, which is known today as the economic miracle. “ In 1960 people were able to afford more in terms of their workload than they did before the war,” says Christoph Schröder, economist at the Institute for the German Economy (IW).

And in the following decades things continued to improve. While half a pound of butter cost almost 40 minutes of working time towards the end of the Adenauer era, it was finally six minutes. These savings are the result of technological progress and the division of labor.

Global trade and the triumphant advance of industrial agriculture have turned what used to be luxury goods into mass products. Purchasing power gains are even greater for electronic devices – thanks to automation.

But not everything has become cheaper in the past few decades, there are even exceptions for food. “It is noticeable that the purchasing power of fish has not increased,” says Schröder. This is because some species of fish cannot be farmed, especially not on an industrial scale.

Their natural stocks have even declined as a result of overfishing: And scarce goods cost more in a market economy. As a result, consumers have to work longer for a kilo of cod than they did in 1960.

An interesting case are goods and, above all, services that have not become cheaper despite globalization and rationalization. This includes craftsmen’s services such as haircutting, and going to the cinema also costs a similar amount in terms of wage purchasing power. “Hairdressers also want to participate in the general increase in earnings, but they cannot do their work much faster than they did back then,” Schröder explains the context. In 1960, “Hair Cutting for Women” once cost 3.66 D-Marks, which is the equivalent of 1.87 euros. At that time that was equivalent to the wages of one and a half hours of work.

Is the economic crisis coming?

Today, a visit to the hairdresser is still worth the equivalent of over an hour’s work. For the average person, the purchasing power of the minute wage has hardly improved in the case of craft services. In contrast to automotive engineering, the use of robots and other machines in the trade is only possible to a limited extent. There is therefore only limited productivity gains that could be passed on to consumers in the form of falling prices – as is the case with televisions or washing machines, for example.

Daily newspapers are particularly noticeable among the items that have increased in purchasing power over the past 30 years. In order to be able to read the beloved breakfast reading for a month, the average German has to work 73 percent longer than in 1991.

The reasons for this are higher raw material prices for paper and a changed advertising market that has shifted to the Internet. The fact that gasoline has become more expensive is less due to crude oil prices than to additional taxes. The same applies to electricity, which as a result of the energy transition now costs more working time than three decades ago.

And while consumer goods in terms of working time have become cheaper across the board, this does not apply to asset prices in this form. The most prominent example is real estate: In Germany alone, apartments have risen by three quarters in the past ten years, while incomes have also risen in the same period, but only by a good quarter. Even the price of gold – as an example of a mobile asset – has rushed away from the merits.

The causes of this asset price inflation are controversial among economists and politicians. “ Many economists believe that the fall in interest rates would reflect lower growth,” says Thomas Mayer, founding director of the Flossbach von Storch Research Institute. However, that is not the case. “ If that were the case, prices shouldn’t have increased.”

Mayer believes that it is mainly cheap monetary policy that is causing asset prices to inflate. The depress the market interest rates, for example, for mortgage loans. This is why the costs of housing, for example, also rose during the recession.

The central banks have driven asset prices through their low interest rate policies. But not all assets are becoming more expensive in the same way. Recently, the prices for art, vintage cars and other collective goods have come under pressure. Because demography can also play a role.

“The psyche of the consumer is a factor,” Mayer notes. For example, the baby boomers drove the prices for classic cars with what could be called nostalgic purchases, but that only works “as long as the baby boomers don’t have to spend their money on old people’s homes”.

Lufthansa reports a record loss of 6.7 billion euros due to the corona economy