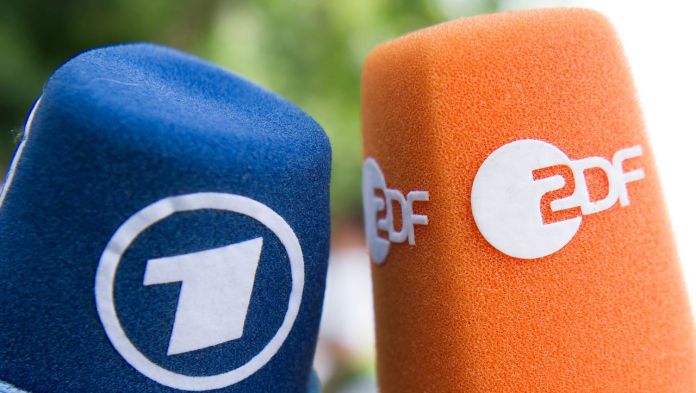 The Federal Constitutional Court (BVerfG) has rejected the broadcasters’ urgent requests to increase the broadcasting fee. ARD, ZDF and Deutschlandradio did not explain in more detail that a delay in the State Broadcasting Agreement would “irreversibly lead to serious disadvantages.”
This means that the monthly contribution cannot increase by 86 cents to 18.36 euros at the turn of the year as originally planned.

The background is a decision by Saxony-Anhalt’s Prime Minister Rainer Haseloff. On December 8, he prevented a vote on the Interstate Broadcasting Treaty and thus temporarily blocked the increase. The dispute over the radio license had spread in the weeks before the coalition crisis in Magdeburg because the CDU parliamentary group almost together with the AfD voted against the increase of 86 cents.

After the decision of the BVerfG, this contribution will not increase for the time being. The broadcasters have apparently not adequately explained why they would not be able to fulfill their mandate if the contribution was only increased later. According to the constitutional judges, they should have “shown in more detail” how and why the program suffers directly.

A later decision cannot be ruled out

That is not yet a fundamental judgment against the public service media. In its decision, the constitutional judges also stated that the failure to increase “would at least make a violation of the freedom of broadcasting protected by Article 5, Paragraph 1, Sentence 2 of the Basic Law possible”. Even a later increase in equipment could not necessarily compensate for an immediate “deterioration in the range of programs”.

The plaintiffs based their complaints mainly on decisions from the years 1994 and 2007. Accordingly, a need-based financing is needed in order to guarantee the functionality of the public service broadcaster. The freedom of broadcasting is guaranteed by Article 5 of the Basic Law. Media policy issues may not be taken into account when determining the contribution.

In fact, it is usually not the state parliaments that have to decide on the broadcasters’ specific needs. This is checked by the independent »Commission for the determination of the financial needs of broadcasters« (KEF). In principle, it is possible to deviate slightly from the KEF recommendations, but this must be specifically justified.

Teachers should take a quick test themselves

Copied or inspired? Asrock scoffs at the similarities between MSI...

“Navalny is not important enough as a target”: Did intelligence officials...