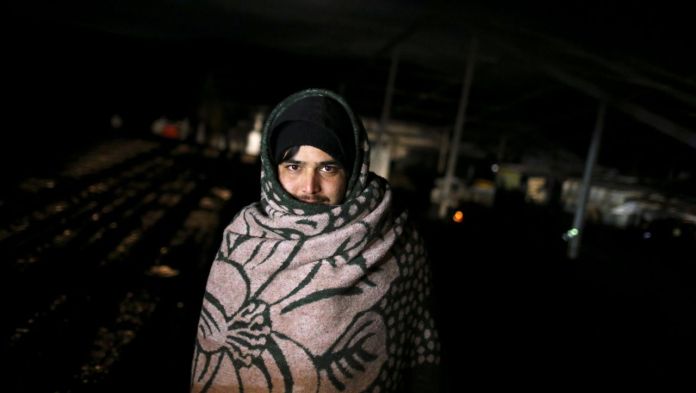 920 migrants at the Bosnian-Croatian border have to spend the night in a burned down and unheated refugee camp. The head of mission of the International Organization for Migration (IOM) Peter Van der Auweraert told SPIEGEL.
“ At 4 p.m. the police asked the migrants to leave the buses and escort them back to the burned-down Camp Lipa,” says Van der Auweraert. There are still a few office containers and a tent there, but the rest of the camp has been destroyed. “Actually there is nothing left there,” says Van der Auweraert. The refugees now have to fight for survival again at temperatures around freezing point.
A total of 2,000 refugees have been homeless on the border with Croatia for days because the authorities cannot find a place for them in existing refugee camps. Camp Lipa, intended as a temporary camp, was destroyed by fire shortly before Christmas. Hours earlier, after a dispute with the authorities, IOM had decided to have the warehouse cleared because it was not winter-proof anyway. The organization could no longer guarantee the safety of the refugees.
Some refugees migrated towards Bihać in order to find their way into abandoned houses near the border. 920 stayed in the burned down Camp Lipa, which is located at an altitude of almost 800 meters.
On Tuesday, after days of snowfall, the government of Bosnia-Herzegovina then presented a proposal for a solution. The refugees were to be driven in buses to a former barracks in Bradina near Sarajevo – just under 250 kilometers from Lipa.

But the buses never left, and the refugees had to spend the night in the buses. The reason: Regional authorities and angry residents protested against the transfer in Bradina. So far there has been no solution in any of the negotiations, said Van der Auweraert.

In Bosnia, large parts of the population are now hostile to the refugees since the Balkans became a transit area on the so-called Balkan route. But men and women can hardly move on either. Croatia brutally seals off the green border with EU help. Those who make it into the country usually don’t get a chance to apply for asylum – they are beaten back with violence.
Many of the migrants in Lipa have already tried numerous times to cross the border. The IOM head of mission speaks of a “desperate” situation. The condition of the refugees is rapidly deteriorating. He fears further frostbite and respiratory illnesses overnight.

Nicolas Sarkozy is considering a lawsuit before the European Court of...

Ten years of arbitration at Stuttgart 21: In search of peace...

Tobias Anselm: “We have to decide a game like this for...

Tindersticks with a new album: “Music arises from strong emotions”

Coronavirus in Germany: Federal government finances FFP2 masks even for 34...