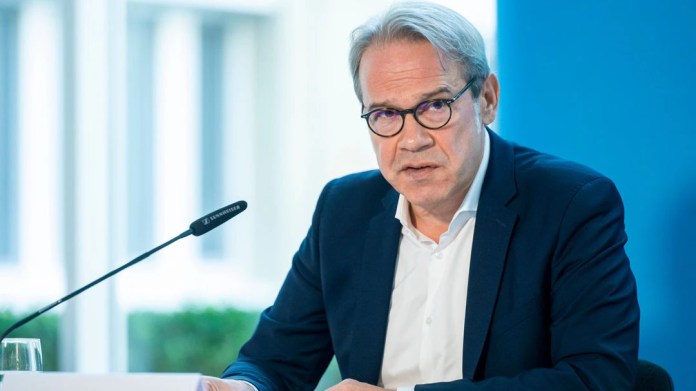 Osnabrück / Erfurt. According to Georg Maier (SPD), chairman of the conference of interior ministers, about a third of the participants in demonstrations of the “lateral thinking” movement belong to the right-wing extremist scene.

“You can tell from the symbols and flags that appear there,” said the Thuringian Interior Minister of the “Neue Osnabrücker Zeitung”. Among the critics of the anti-corona measures taken by the federal and state governments are vaccination opponents and conspiracy theorists, where the gray area begins with right-wing extremism.

Right-wing extremists would always seek connection to other social groups such as right-wing rock, youth culture, martial arts or the football fan scene. “Now the right-wing extremists are smelling the morning air and the chance to penetrate much larger layers through the ‘lateral thinking’ protest movement,” warned Maier on the occasion of the autumn meeting of the interior ministers’ conference next week.

The IMK boss spoke out in favor of the police preventing extremists from arriving from other parts of Germany in advance of “lateral thinkers” demonstrations. With a view to the increasing violence in the vicinity of the demonstrations, Maier said that the police had to “strictly control the participants if necessary” – for example for weapons.

2,500 households in Tyrol without electricity

US Attorney General William Barr is said to be considering resigning...

Houses in the surrounding area in demand: property prices are rising...