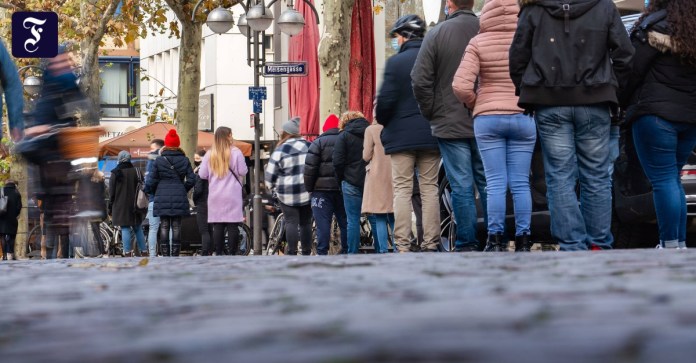 EFor the first time, more than 30,000 new infections with the coronavirus have been registered in Germany within a single day. The health authorities have reported 33,777 infections to the Robert Koch Institute (RKI), as the RKI announced on Friday morning. The number includes 3,500 late registrations from Baden-Württemberg that had not been sent the day before for technical reasons. Less the late reports, 30,277 new infections were reported within 24 hours. The number of deaths reached 813, the second highest since the pandemic began.

On Thursday, the RKI had recorded 26,923 new infections. In addition to the late reports from Baden-Württemberg, which will only be included in the statistics on Friday, the mark of 30,000 new cases would have already been exceeded (30,423).

Last Friday, the highest number of new infections was reached at 29,875. The number of deaths was 598. The high of 952 deaths was recorded on Wednesday. The trend in the number of daily deaths had recently gone up, which was also expected after the steep increase in new infections. The total number of people who died with or with a proven Sars-CoV-2 infection rose to 24,938 as of Friday.

Since the beginning of the pandemic, the RKI has counted 1,439,938 detected infections with Sars-CoV-2 in Germany (as of December 18, 00:00). It is estimated that around 1,069,400 people have now recovered. The seven-day incidence, which is decisive for assessing the situation – i.e. the number of new infections reported per 100,000 inhabitants within seven days – rose on Friday and reached a high of 184.8. On Thursday the value was 179.2.

The nationwide seven-day R-value was 0.97 (previous day 0.98) according to the RKI management report on Thursday evening. This means that 100 infected people infect 97 more people. However, the RKI expressly points out that the value can only be used to a limited extent due to outstanding data transfers. The value represents the occurrence of the infection 8 to 16 days ago. Only when it is below 1 for a longer period does it decrease.

Trump has a record number of executions carried out – politics...

Three reasons why Ethereum has enormous potential in 2021

Lori Loughlin’s daughter speaks for the first time about the university...