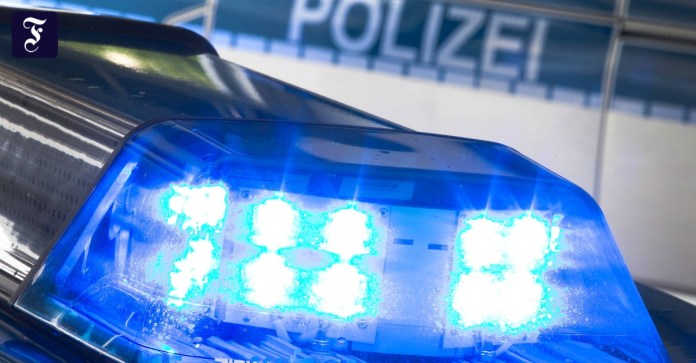 Failed due to the technology: The armed perpetrator did not manage to rob the tanning salon. Now the police are looking for him.
Image: dpa

There was a fire in a technical room in an accident clinic in Frankfurt. A major fire broke out in a building in the Gießen district. In an attempted robbery on a tanning salon, the armed perpetrator failed because of the technology.

Frankfurt. On Wednesday night there was a fire in a technical room in an accident clinic. The emergency services were informed by the automatic fire alarm system, as the fire brigade announced on Wednesday morning. No areas of the building with patients were affected. Nobody got hurt. The affected room had been smoked. The cause of the fire and the amount of damage were initially unknown.

Laggöns-Oberkleen (Giessen district). A major fire has broken out in a building. The extinguishing work was made more difficult due to a solar system on the roof, said a police spokesman on Wednesday morning in Giessen. Because of the strong smoke, residents should keep windows and doors closed. According to the spokesman, several dozen emergency services are on site. According to initial findings, nobody was injured. The cause of the fire was initially unknown.

Wiesbaden. In an attempted robbery on a tanning salon, the armed perpetrator failed because of the technology. The man, masked with a balaclava, threatened the 21-year-old employee of the tanning salon with a gun on Tuesday evening and demanded the money from the cash register, as a police spokesman said. However, since the surrender of the money was not technically possible, the woman was unable to comply with the repeated request. The prevented robber finally gave up and had to leave without prey. The police are now looking for him.

Bad Hersfeld. On the Autobahn 4 between Bad Hersfeld and Friedewald (Hersfeld-Rotenburg district) there was an accident between a truck and a Sprinter. The right lane in the direction of Eisenach was closed for the clean-up work on Wednesday morning, said the police in Fulda. The lock could last until the morning. Nobody was injured in the accident. But it ran out of fuel.

A sentence in the decision paper shows Spahn’s failure in corona...

German should be spoken

Trouble on the slopes in Cortina again: “It’s not a descent”...

Black Friday hammer: MediaMarkt advertising leads to escalation due to another...