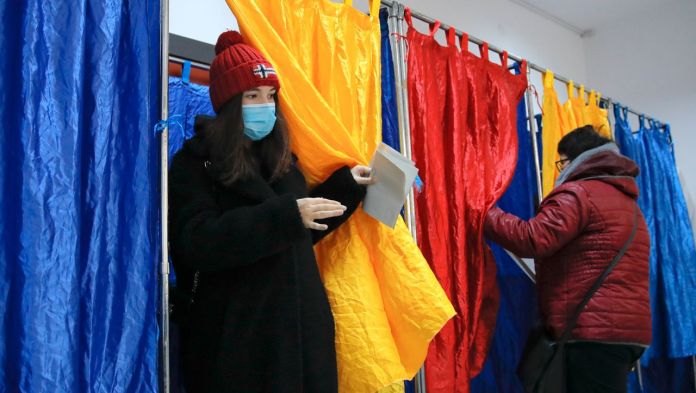 In the parliamentary elections in Romania, the opposition Social Democrats (PSD) in the House of Representatives are clearly in the lead with 29.39 percent, followed by Prime Minister Ludovic Orban’s bourgeois ruling party PNL. According to an extrapolation, this is 24.24 percent. This was announced by the central polling office in Bucharest on Monday after the votes were counted in 62.54 percent of the polling stations.
In third place comes the eco-liberal party alliance USR-Plus with 15.4 percent. The PNL and USR are considering a government coalition and could get in the way of the PSD election winners.

Surprisingly, the ultra-nationalist, anti-Western party AUR (Alianta pentru Unirea Romanilor – Alliance for the Union of Romanians) made it into parliament with 8.2 percent. AUR was only founded in 2019. The Hungarian UDMR party is also represented in parliament with 7.4 percent. The proportion of votes in the election for the Senate (upper parliamentary chamber) was similar.

The PNL chairman and Prime Minister Orban expressed his confidence after the polling stations had closed: his party was “the winner of these elections, both the moral winner and the one after the counting of the ballot papers”. The PNL is also close to President Klaus Iohannis, who had taken a clear position for Orban during the election campaign.
The PSD chairman Marcel Ciolacu, however, interpreted the result of the prognosis as a sign that the Romanians had “punished this mockery”, which represents the work of the current government.

More than 18 million Romanians were called to vote. The turnout was around 33 percent. This is the lowest participation since the fall of communism in 1989. Observers attribute this phenomenon to the widespread political disaffection in Romania. The corona pandemic may also have played a role.

The PSD, which emerged from ex-communists, has dominated political events in Romania since 2012. For seven years she was the prime minister. With its narrow parliamentary majority, it currently tolerates the middle-class head of government Orban. Last year, the PSD Prime Minister Viorica Dancila was overthrown by parliament by a vote of no confidence.

There was also a crisis within the party after its leader Liviu Dragnea was jailed for corruption. Dragnea was a driving force behind attempts by Parliament to hamper the work of the judiciary. The new party leader is Marcel Ciolacu. Critics accuse the PSD of having systematically dismantled the rule of law in recent years and thus made the fight against rampant corruption more difficult. The EU Commission also complained about this.

Will the cult show “The Simpsons” soon be history after more...

AstraZeneca: This strategy is intended to compensate for the loss of...

Bo Svensson is the new head coach in Mainz