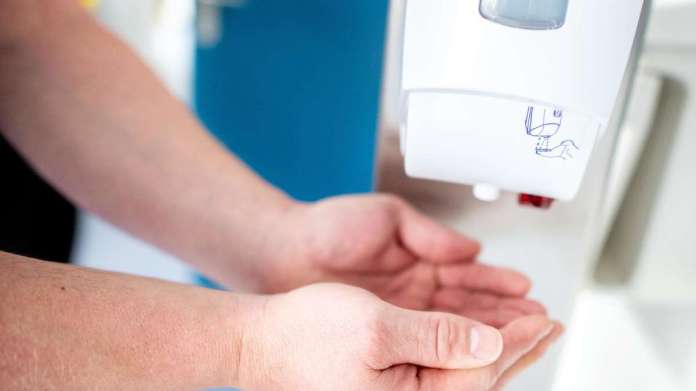 The disinfectant is now ubiquitous. Almost everyone carries one around with them. A disinfectant that was available from Rossmann and dm is now subject to a sales ban and must be returned.

Burgwedel – Because of the Corona-Pandemie is this Disinfectants has become a loyal companion for most people. It is regularly used in Supermarkets and Drugstores shopped. While there were still some bottlenecks in the spring, there is now a wide range of different options Disinfectants from different manufacturers.

A Disinfectantsthat is in the Rossmann drugstore chain was sold, but is now subject to one Ban on sale and was called back. It is the disinfectant with the name “O3Solution hand & surface disinfection“. The article has the European article number 4270001245113. The number is on the back of the product.

Callback to Rossmann: Disinfectants should be returned

The drugstore chain urges customers to return the item to a branch. The purchase price will be fully refunded to the buyer. So far there is no official notification from the drugstore company regarding one Recall campaign. However, there were already notices in the branches indicating that the disinfectant “O3Solution hand & surface disinfection“Should be returned, as well as the HNA reported. The only reason given so far is that the product should be returned due to an official order and that it will be withdrawn from sale.

As Merkur.de was communicated, an official tomorrow Recall campaign be announced by the company, in the context of which more detailed information on the reason for the sales stop is to be given. Also on the part of the manufacturer no information regarding a Callback announced.

Disinfectant was also available from dm: official recall is pending

The affected Disinfectants is also sold in other stores. According to information from customers, it was mainly the case of the large competing company dm against a Coupon given away for free. The products sold there are apparently the same batch. The drugstore company dm however, has not yet officially commented on it either. (at)

The coming night in Germany is tough Great Britain with almost 850,000 vaccinations in one day