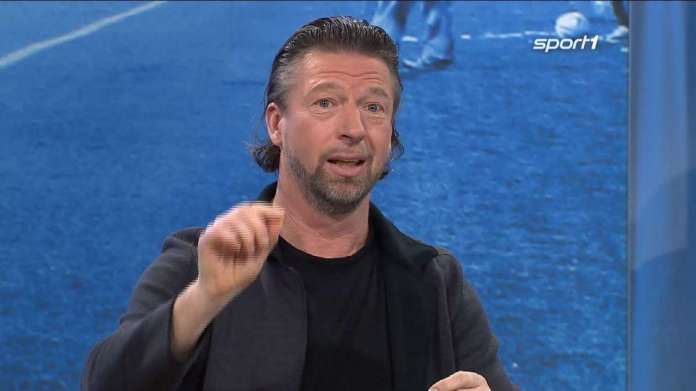 Scandal with the one-two at Sport1: Ex-national player Steffen Freund was just analyzing the Schalke crisis – when he caused horror with statements about Nabil Bentaleb and Amine Harit.

Munich – The FC Schalke 04 is located further in free fall. The change of coach a few weeks ago has not brought any improvement either. Under the new Head coach Manuel Baum It continues to hail defeat after defeat. The Bundesliga away game in Borussia * -Park also went 4-1 clearly in the pants.

In the traditional “Double pass” to Sport 1 was of course the decline of the on Sunday morning FC Schalke* Theme. Ex-national player Steffen friend analyzed the situation of the bottom of the table – especially the suspended ones Nabil Bentaleb und Amine Harit targeted Freund. His statements made for you tangible scandal.

Background: Coach Manuel Baum suspended in the week before the game against Borussia Mönchengladbach both Nabil Bentaleb and Amine Harit. Expert Freund then went to the with both players “One-two” hard in court: ““ I know Nabil Bentaleb personally. He was a player at Tottenham Hotspur and grew up there. He has an incredible amount of talent and was one of the best players. Then he ended up at Schalke *. He is French-Algerian origin… “, said friend. “If you have squad planners, you have to know that there is also a certain one aggressiveness and a certain Indiscipline comes quickly when he’s not the one set. Then you have to know, on Schalke … malochen. That is the most important thing. Every player has to be ready to pour out their hearts for the club. Then of course I’m with Harit. Of course, he cannot do that either with these roots. So wrong players bought “, said the former BVB star friend.

Nabil Bentaleb is of French-Algerian origin, Amine harit French-Moroccan. Noteworthy: none of the guests in the “one-two” round, including Ex-Schalker Benedikt Höwedes, image-Journalist Alfred Draxler as well as Stefan Effenberg, Steffen Freund contradicted.

Freund tried that during the course of the show To get curve: “I have to say one point because I just heard it in the public media that it came across as racist. Well, of course, it wasn’t meant to be. Just the origin of Nabil Bentaleb – Algerian-French origin, poverty – who simply plays a role in how you grow up as a person and like yours mentality is. If he didn’t like the game at Tottenham, he just left the training field, ”Freund continued.

This “explanation” didn’t make it any better, of course. Freund was unable to soften the reactions on the Internet. “It’s not even concealed anymore, it is openly racist“Says a Twitter user. Another writes: “Yes children, this is racism“. * tz.de is part of the nationwide Ippen digital editorial network.

One year after Wuhan: Hundreds of wildlife markets, according to WWF...

Baumit Austria will manage 2020 with success

Europa League: WAC hopes at least for a draw at CSKA

Before the start of the third division: Dynamo challenges Czech first...