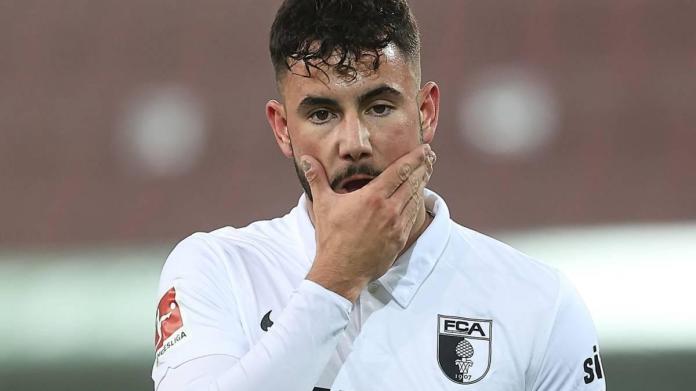 FC Schalke is repositioning itself for the mammoth task of staying up. Christian Gross will soon be officially introduced as the new coach in the league bottom that has not been won for 29 games. Königsblau also wants to strengthen the squad, especially on the offensive.
It continues below the ad

Gonçalo Paciência and Mark Uth were recently injured and the contract with Vedad Ibisevic was terminated at the end of the year. With only eight goals in 13 games, Schalke is the weakest attack in the league. S04 has apparently discovered an aggressively flexible solution at FC Augsburg.

According to information from ‘Bild’, there is interest in Marco Richter, sports director Jochen Schneider has the 23-year-old “On the slip”. A loan until the end of the season is under discussion. In Augsburg, Richter is under contract until 2023.

At FCA, however, he was rarely able to shine this season, was only in the starting line-up twice and scored one goal – this of all things on the eleventh match day in stoppage time in a 2-2 draw against FC Schalke.

Decision next week: The protection of the Constitution probably wants to...

FC St. Pauli: That’s why the goalkeeper fight between Brodersen and...