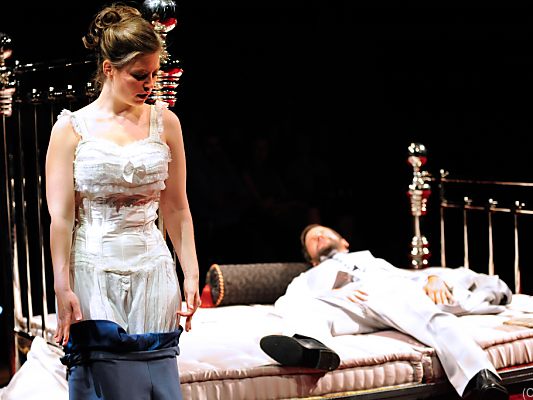 It’s hard to believe that 100 years ago this play about desires caused so much turmoil and provoked one of the biggest theater scandals in history. On December 23, 1920, the series of scenes “Reigen”, which Arthur Schnitzler had actually written almost 25 years earlier, celebrated its world premiere in Berlin. In ten intimate dialogues, the piece is about sex – which is not shown at all. It’s about power, seduction, longings.

Ahead of his time, Schnitzler (1862-1931) also echoes ideas of the liberation of women – from the imposed immaturity, their division into “pure, chaste”, which are possible candidates for marriage for a man from a good family, and “fallen” “which are good for love affairs at best. Schnitzler questioned the husband’s right of ownership of his wife’s body. And he problematized that girls who evade social compulsion to marry – for whatever reason – are later mocked as old maids.

Schnitzler’s own example also shows that all theory is gray, because he himself was unable to overlook the turbulent past of some lovers. When one of them became pregnant, he did not confess to her, but instead took her to the country so that this would not be publicized and already appointed adoptive parents for the child, which died in childbirth.

Schnitzler saw his “round dance” as a “melancholy variation on the inadequacy of people and their feelings”. Around 1900 he was aware that the play could not get on stage because it was too taboo. In 1904 the book was banned in Germany at the request of the Berlin public prosecutor’s office. However, printed versions sold tens of thousands of copies.

Until after the First World War, there were at most partial performances and a premiere in Hungarian in Budapest in 1912 – unauthorized. Max Reinhardt asked Schnitzler in 1919 for the premiere rights. However, he broke off the preparations and handed over the rights to the director of the Kleiner Schauspielhaus, Gertrud Eysoldt.

On December 23, 1920 the Prussian Ministry of Culture banned the premiere a few hours before the premiere. However, Eysoldt stepped in front of the curtain, explained the legal situation to the audience and announced that the impending prison sentence did not prevent her from standing up for artistic freedom. Schnitzler is not an “indecent writer”. The premiere took place. On January 3, 1921, a court then lifted the ban. The judges had looked at the performance and did not find it immoral.

Schnitzler himself was present at the Vienna premiere on February 1, 1921 in the Kammerspiele of the Deutsches Volkstheater; someone threw a stink bomb before the start. After ventilation it really broke loose. Schnitzler wrote in his diary: “Screaming, raging, roaring … benches and armchairs thrown down from the boxes”. Eventually, security guards cleared the house.

The contemporary criticism of Schnitzler often had anti-Semitic features and tones. When the “Reigen” trial initiated by the public prosecutor in Berlin – “indecent acts” on the stage, “incitement” – ended in an acquittal in November 1921, the literary historian Adolf Bartels openly threatened: “But we anti-Semites will not let up make sure that Judah with such triumphs finally digs his grave. ”

Schnitzler withdrew his play in 1922 and imposed a performance ban, which remained in force until 1982 when copyrights expired 50 years after his death. Only films and a vinyl recording circumvented the ban. In 1982 it was performed first in Basel, then in Hamburg and other cities.

There are repeated attempts to update the subject, most recently in Vienna in February in the Theater an der Gumpendorfer Straße (TAG) by the German director and author Thomas Richter. The composer Bernhard Lang turned it into a contemporary music theater, which was shown at the Schwetzingen Festival in 2014 and as a co-production with the Neue Oper Wien at the Bregenz Festival in 2019. A volume “Reigen Reloaded”, edited by Barbara Rieger, has been announced by Verlag Kremayr & Scheriau for February 2021: “Five authors are inspired by Schnitzler’s template, react in a kind of silent post process to the episode of their predecessor and have there is only one requirement: to keep one figure alive for the next text. ”

The euro has risen above 1.21 US dollars for the first...

Corona party in Linz dissolved by the police

You have to know now: What does the “Brexit” package mean... 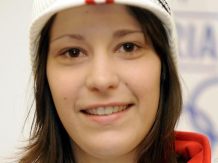 “The Berlin Project” on RTLzwei: Payday on the street