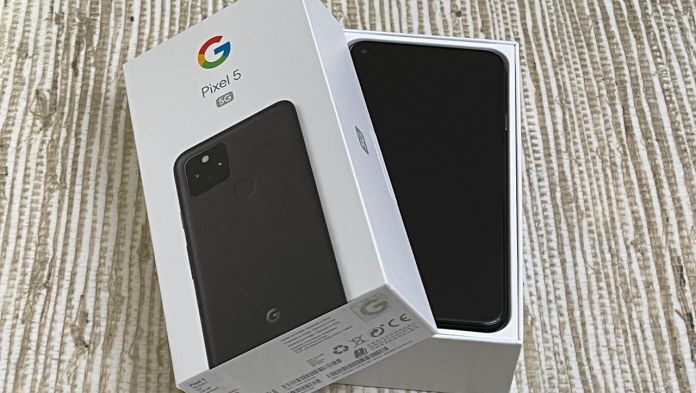 You didn’t get an Android smartphone but an iPhone as a gift? No problem, we have put together helpful tips for iPhone beginners too

This is pretty much the most important adjustment – and therefore also the first that I make on a new Android phone. Is Find my device activated, I can find out where my smartphone is currently via other Android devices or a web browser. If I lost it, I can also have the device play a tone and display a message on the screen so that an honest finder can return it. If the finder is not so honest or if the cell phone has been stolen, I can lock or erase it by remote control.

To switch on, you tap into the Settings on security and there on Find my device. Then you just have to turn the small switch »An«If it is not already activated.

2. Get rid of keyboard clicks

I find few functions as superfluous as clicking an on-screen keyboard. Who wants to annoy other people with an endless stream of clicking noises while typing messages?

So I’m going to that Settings and deactivate under Sound & Vibration / Advanced / Other sounds and vibrations both the Dial key tones as well as the point Sounds when touched.

Especially when I’m walking, I prefer to dictate messages instead of typing them using the on-screen keyboard. This is usually much faster, and I don’t have to look at the screen and can concentrate fully on my surroundings. You can even do this on Android phones when you’re offline.

The road to get there is long, however. You type in the at the very bottom Settings on System, there on Languages ​​& input, then on On-screen keyboard and finally on Google voice typing. Now you choose under languages choose the languages ​​you want to use. I also activate Voice Match. This function ensures that Google devices recognize me by my voice.

Under Offline speech recognition I then download the language packs that I need to be able to dictate texts without internet access. Google’s filter function Block offensive words I switch off.

In environments where I prefer not to dictate because too many strangers might be listening, such as on the subway, I prefer to type messages. But because I’m a notorious one-handed typist and at the same time use smartphones with large screens, I like the option of using a keyboard that is squeezed onto the right-hand part of the screen.

I call for that Settings / System / Language & input / On-Screen Keyboard / Gboard / Settings on. There I choose under Layout / one-handed mode the point Keyboard pinned to the right. If I want to use the wide version later, I tap the symbol with four diverging arrows to the left of the keyboard to bring it to full size.

I use more than one Android device and they all have cameras. That’s why I want all of my photos to come together in one place: in the Photos app on the various devices.

To do this, I open the Photos app, click my profile photo in the top right corner and then click Google photos settings. Under the point Backup & Sync I activate Backup & Sync and choose at Uploadgröße the High quality (free unlimited storage). This is how I make sure that all my pictures are backed up in Google’s cloud.

However, this will only work until June 2021. From then on, all photos will be counted towards the 15 gigabytes of storage space that you get for free with a Google account. If you need more, you will have to pay for it from June 1st.

The quick settings can be reached on Android devices by swiping down from the top. Important functions are available there for quick access. For example, you can quickly change the screen brightness or turn on Bluetooth and the flashlight function.

Which functions can also be accessed there depends on the manufacturer.

To change which functions appear in the quick settings, tap on the pencil symbol, which, depending on the model, can be found above or below the function symbols, and then move the symbols to where you would like them.

A stupid trick of some cell phone manufacturers is to equip their devices with so-called bloatware, i.e. software additions that are useless for most users. Sometimes these are office apps, but often games that are initially free, but then entice the player to make so-called in-app purchases, which finance the games. Sometimes, however, they are simply apps that you don’t have any use for and that therefore take up unnecessary storage space.

To remove such apps, look in the Settings the point Apps & notifications, taps on there See all XX apps and look for the app in question in the list that appears. If you tap on the entry of the app, you will find a button with the name in the best case Uninstall. If you tap on it, the app is removed from the phone.

But that doesn’t work with all apps. On the one hand, because some apps are important for the system, on the other hand, because manufacturers can also anchor apps firmly on the device. In such cases, it helps at least to deactivate an unwanted app by clicking the corresponding button. The app’s entry is retained, but the app itself uses less memory and no longer uses any power. However, updates sometimes reactivate such apps.

8. Activate “Do not disturb”

At night I want my peace. Then I don’t want to know whether someone has just written me a new message, whether there are important breaking news or whether one of my searches on the classifieds portal has a new hit.

To make sure the phone stays silent at night, I open the Settings The category Ton & Vibration and there Do not disturb. Although I could use the mode thereDo not bother«Can also be switched on manually, but I prefer the automatic which I use time plans can specify when she should keep the device quiet in the evening and turn it back on in the morning.

9. Set the night shift for the screen

Smartphone screens usually emit a relatively cold bluish light. This is fine during the day, but when it gets dark this type of light can have a negative impact on sleep. It is therefore cheaper to switch the character of the screen lighting to a warmer, more yellow hue in the dark.

You could do that manually, but Google has provided an automatic for this, the night light mode. You activate it on Google phones in the Settings under Display / night light. On other devices, select the Settings the point display out and there Protect color and eyes and then Protect your eyes. If you choose a schedule there, the color is automatically changed every day at the desired time.

When I set up a new smartphone, it is usually automatically named with its product name. You can leave it like that, but I don’t like it. So I put the device in the Settings under Via the phone / device name an individual name. It’s not really important, but it’s good for karma.

Four races live and exclusively on free TV in 2021

High hurdles for Rapid before the mandatory victory at Dundalk

Gisin with top chances on the podium – Gut-Behrami lurks in...