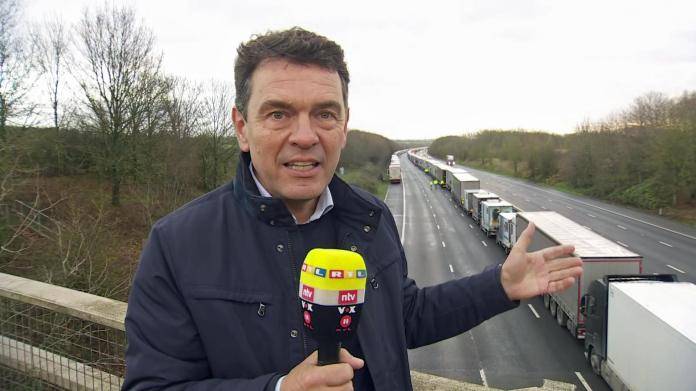 The British hope for a quick agreement with France

It’s a mile long nightmare. Well over 1,000 trucks are stuck on the M20 motorway between the British coastal city of Dover and the metropolis of London. “The motorway has become a huge truck parking lot. Some drivers have been stuck for 50 hours,” reports RTL correspondent Ulli Oppold. Despair grows. In the video, the truck drivers talk about their worries just before Christmas.

Movement of goods stopped due to new Corona variant

The government in London is negotiating with France about the introduction of corona mass tests for truck drivers in order to be able to lift the lock on the English Channel.

The British retail trade association BRC (British Retail Consortium) warns of the consequences for consumers if goods do not resume today. “It’s about fresh products. We’re talking about things like lettuce, vegetables, fresh fruit, which mainly come from Europe at this time of year,” said a spokesman.

London turns into a ghost town

Meanwhile, London looks like a ghost town. The streets are as empty as some supermarket shelves. In some parts of the city the incidence value has now risen to over 900 – possibly also because of the corona mutation, which is much more contagious than the previous virus.

“There is great concern that the health system could collapse at the end of the year,” says Oppold. They also fear people that the food supply might be compromised before Christmas.

Brexit: no breakthrough yet – talks continue

Bares for rarities: Susanne Steiger intervenes at IHR – “Can’t be!” 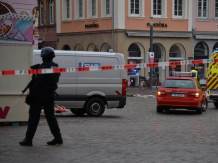 Baby among the victims – gunman from Trier speaks to the...