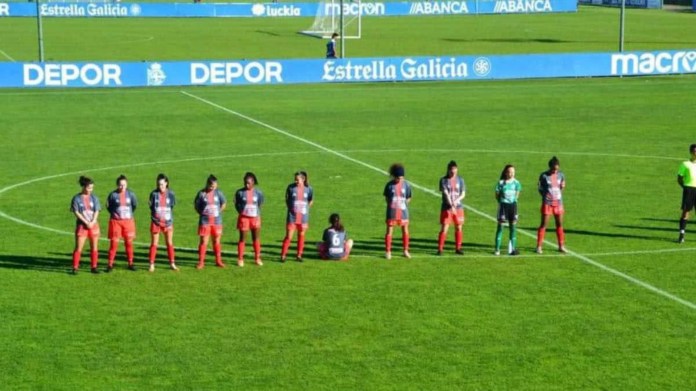 A Spanish soccer player does not want to pay her last respects to Diego Armando Maradona due to his missteps in private life. She protests.

Paula Dapena, soccer player from the Spanish third division club Viajes Interrias FF, refused to take part in a minute’s silence for the deceased Diego Maradona in the friendly against Deportivo Abanca (0:10). The 24-year-old justified this with the behavior of the Argentine football legend towards women.

Instead of commemorating Maradona with her teammates, Dapena turned her back on the cameras and demonstratively sat down on the floor. “I can’t forgive him for all the bad things he did,” said Dapena after the game. She is not ready to hold a minute’s silence “for a rapist and a pedophile”.

In addition, the self-confessed feminist referred to the International Day against Female Violence: “There was no minute’s silence for these victims.” According to Dapena, the reactions within the team were quite positive: “They looked at me and laughed because they knew I didn’t want to.” The Argentine, who subsequently received death threats, is primarily concerned “with person and values: we all know that his spectacular skills were only footballing.”

The 1986 world champion made numerous missteps off the pitch. In 1991, as a player in the Napoli SSC, he was found to have cocaine in his urine, and a short time later Maradona was sentenced to probation for drug possession. With her allusion, Dapena is likely to be referring in particular to a lost paternity case from 1999: Maradona was accused of impregnating a minor.

The death of Maradona, who died on Wednesday at the age of 60 at his estate in Tigre as a result of a heart attack, sparked three days of national mourning in Argentina. On Thursday he was buried at the gates of Buenos Aires, before his coffin was laid out in the presidential palace “Casa Rosada” in the Plaza de Mayo.

End of the app commission? Apple and Google could do...

Doping doctor criticizes prison: “Unbelievable what is possible in Germany”

This trick can help you forget about stamps

Manuela Zinsberger is Austria’s soccer player of the year

Confusion about commuter traffic between Tyrol and Bavaria