In front of all EU states, Great Britain wants to start nationwide vaccinations against Corona on Tuesday. First of all, people over the age of 80, employees and residents in nursing homes as well as particularly endangered medical staff will receive the funds from Biontech and Pfizer. These are around six million people. British Prime Minister Boris Johnson spoke of a “huge step forward”.

It all started with the 90-year-old grandmother Margaret Keenan: She received the injection with the active ingredient from the pharmaceutical companies Pfizer and Biontech in Coventry at 7:31 a.m. (CET) on Tuesday morning. Keenan is the first person outside of a clinical trial to get the drug that is hoped to contain the pandemic. “I feel incredibly privileged to be the first person to be vaccinated against Covid-19,” said the elderly.

50 clinics are to serve as vaccination centers. The authorities were ready: “All parts of the UK have received doses of the corona vaccine,” wrote Health Secretary Matt Hancock on Twitter.

Vaccination for two million people by the end of the year

As the deputy chief of the national health service NHS, Saffron Cordery, said, four million doses of the vaccine should come into the country by the end of the year. That would mean vaccinations for two million people, as two doses per person are necessary for full protection. The country has ordered a total of 40 million cans, which means that 20 million Britons can be vaccinated – that’s a little less than a third of the population.

Health expert Helen Donovan told the BBC that the greatest risk is that vaccinated people will have to be given the second dose around three weeks after the first appointment. A vaccination card should help as proof, which is also a reminder of the second vaccination appointment. Larger vaccination centers – for example in football stadiums – should only open when more vaccine is available.

For most people, however, it will be well into the New Year before they can be vaccinated, the NHS said. A government spokesman said the majority of vulnerable people will be vaccinated in January or February. Authorities stressed that the vaccine was “safe and effective”. Prime Minister Johnson called on all people who are entitled to a vaccination to actually get vaccinated. Heir to the throne Prince Charles thanked everyone who helped develop the vaccine. Thanks to the drug, people could now look ahead with renewed hope, he said.

The logistical challenge is great because the medium has to be cooled at minus 70 degrees Celsius. According to media reports, the British government wants to fly in the preparation produced in Belgium with military aircraft if necessary so that it does not get stuck in the feared Brexit traffic chaos. A government spokesman did not want to confirm this, but said: “The military will play an important role in the enormous logistical challenge.”

Great Britain is one of the most corona-affected countries in Europe. On Monday, the government reported 14,718 more corona cases, 189 people died within 28 days of a positive test. There have been around 77,000 Covid-19-related deaths to date. Prime Minister Johnson stressed that the mass vaccination would take time. Therefore, all hygiene rules must continue to be observed.

Last week, Great Britain pushed ahead and granted the vaccine an emergency approval earlier than any other EU country. Russia started large-scale vaccinations against the coronavirus in its capital Moscow at the weekend, making it one of the first countries in the world to have its population vaccinated against the lung disease Covid-19 on a large scale.

Vaccination is already taking place in China. First of all, vaccines from domestic manufacturers are used. The European Medicines Agency (EMA) is expected to make the important decision on approval of the Biontech / Pfizer vaccine in December. (apa / dpa / Reuters)

The dream of the white festival – FAZ – Frankfurter Allgemeine...

Beatrice Egli (Schlager): Most beautiful look ever? Singer with surprise...

Germany: Two million people are freezing in their own four walls 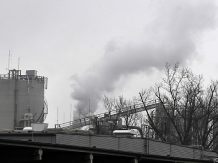