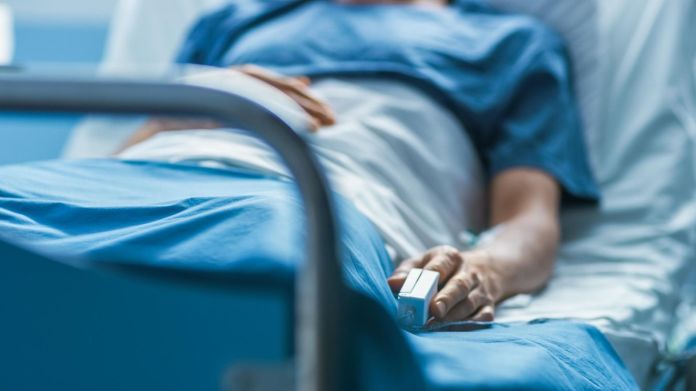 Scientists from a French research institute compared data from flu and Covid 19 sufferers in a study. The result makes it clear how deadly the coronavirus is.

Covid-19 is no more dangerous than the flu – a thesis that is vehemently held, especially among corona deniers. A French research team has now checked and determined: The statement is – surprise – not tenable. On the contrary. The results of the study, published in The Lancet, suggest that Covid-19 could be three times more deadly than influenza.

The scientists from the national research institute Iserm compared data from 135,000 French patients for the comparison of influenza and Covid-19. Including 89,530 people who had to be treated in hospital in March and April of this year for a Covid 19 disease. The data of 45,819 flu sufferers from December 2018 to February 2019 were also included. It was the most extensive study to date to compare the two diseases, said Catherine Quantin, who was involved in the study, in a press release. And: “The study confirms that Covid-19 is much more serious than the flu.”

Covid-19 and other infections

Extremely capable of learning: this is how our immune system works

It is primarily the death rate that leads scientists to make this assessment. The death rates determined do not relate to all Covid-19 and flu cases in the country, but only to the documented cases in which patients were treated in hospital. Accordingly, more than 15,000 of the Covid-19 patients who had to be treated in hospital during this period died. That is 16.9 percent. The death rate of flu deaths was a comparatively low 5.8 percent in the winter of 2018/2019, 2600 died. According to Quantin, an impressive result. After all, the flu season that winter was the deadliest in France in the past five years.

A look at the intensive care units also makes the differences in the course of the disease clear. The researchers found that far more corona patients than flu patients had to be treated in intensive care. Of the 89,530 people infected with Covid-19, it was 16.3 percent, and 10.3 percent of the flu patients. In addition, according to the results of the study, people infected with corona had to stay on the ward about twice as long and be ventilated mechanically about twice as often.

The researchers also published an overview of which age groups, according to the data, were particularly affected by Covid-19 and influenza. Above all, this shows a difference. While children and adolescents under the age of 18 accounted for just under a fifth (19.5 percent) of the flu cases, they formed the smallest group with 1.4 percent of those infected with corona.

Between classic and modern: “Baynatna” is the first Arabic library in...

The verdict has been reached: Werner Hansch can breathe a sigh...