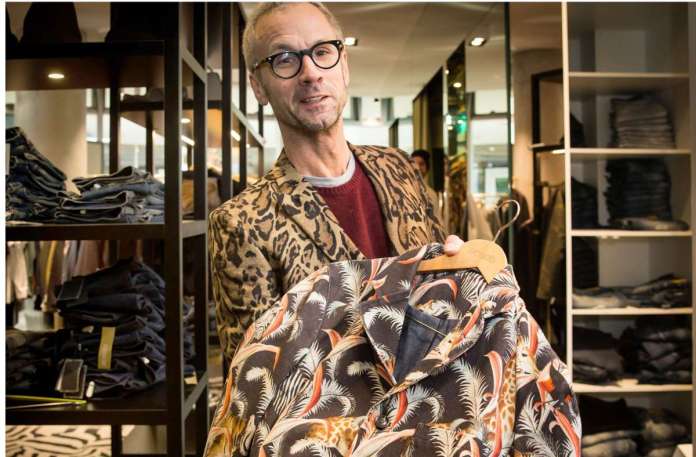 A brazen theft of pants is expensive for the shopkeeper: Winnie Klenk has to pay 2000 euros and no longer understands the world. The offside boss had caught the thief. The district court is hearing a case that is causing a stir.

Stuttgart – The 2000 euros that Winnie Klenk has to pay because, in the opinion of the Stuttgart public prosecutor’s office one and a half years ago, he detained a shoplifter too violently until the police arrived, is booked by the fashion man from Kleiner Schlossplatz as a “Christmas donation”. The local court has ruled that the money will go to the Olgäle Foundation. The offside boss was not convicted. The proceedings, which surprised many, were discontinued on Wednesday against payment of a sum of money. The boutique owner, who courageously pursued a young man who let expensive jeans go with him, is not celebrated as a hero, but asked to checkout. “Bild” reported about it first.

Winnie Klenk does not want to lodge further legal remedies, even if he cannot understand what the district court has decided. “We have enough stress with the lockdown,” says the 57-year-old, “now we have to see that we can further advance our online sales.”

“Should I have brought the laundry instructions to the thief?”

What happened? In July 2019, the surveillance cameras in the Abseits boutique on Kleiner Schlossplatz indicated that two young men had stolen fine jeans. When Klenk and his staff noticed this, they were both up and away. “After two and a half hours, one of them passed our shop again,” the fashion man reports to our editorial team, “he was so bold to wear the stolen trousers.” Klenk recognized his trousers immediately and started chasing him.

“What should I have done?” Asks the boutique owner, who is known for designer brands from the European fashion capitals, “should I have brought the thief the laundry instructions?” So the 57-year-old ran after the man who is about half his age. On the run, the thief slipped. Klenk caught him and with the help of a colleague and passers-by took him back to his shop to hold him there until the police came.

Pants thief is now in custody

Three young women on the Kleiner Schlossplatz observed the scene and were of the opinion that the man was being treated too roughly. “We didn’t choke him,” assures Klenk, “but he wouldn’t have stayed if he had been stroked.” It has been proven that the thief, who is now in custody and has described himself as a drug addict, has not suffered any injuries.

The offside boss thinks that it is a “declaration of bankruptcy for the trade” if you are not allowed to pursue a theft. “Of course I’m not in favor of vigilante justice,” the fashion retailer clarifies, “but if we shop owners aren’t allowed to do anything, things will always get worse.” In the past, he has let thieves go several times when they have returned the stolen goods. “But the case at issue was too bold for that.”

Every afternoon, Klenk invites you to shop online

He has no time for further visits to the court, says Klenk, which is why he does not want to appeal. “The situation is very serious for us in the new lockdown,” assures the offside boss, “we still have to pay a five-digit rent, and I have to see that the jobs for my twelve employees are retained.”

Every afternoon, Winnie Klenk asks to shop online on Instagram and promises: “If you buy from me, I’ll bring the goods home.” The fashion man hopes for the support of his regular customers, but doesn’t expect too much. “There are no events, no parties,” he says, “where you want to wear something great.” His suggestion: “Dress up all for Christmas, even if there are only two of you at home!”

Trouble because of not following the vaccination schedule