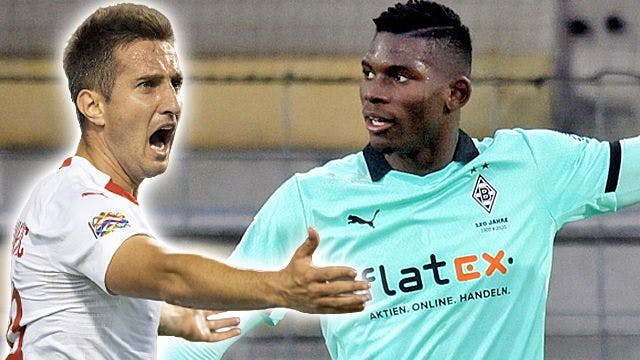 Dortmund does not get beyond a 1-1 draw against Frankfurt. With a bit of luck he could prevent the goal from being conceded, but there can be no question of a goalie mistake. Otherwise he is hardly required. Here you can see the highlights of the game in the video.

Number two sits on the bench near Dortmund.

The 25-year-old missed the game against Frankfurt – knee problems force him to take a break.

In the Bundesliga, Gladbach is not yet going as expected, even against Freiburg, which started the season poorly, the “foals” do not go beyond a 2: 2 (highlights in the video). After half an hour, Sommer shows a strong defense against the ex-St. Gallen Demirovic and in the end he saves one point with an outstanding triple parade. When he conceded the first goal, he was left in the lurch by the people in front and when he got a penalty he decided to take the wrong corner. Now the full focus is on the Champions League game next Wednesday away at Real Madrid. A draw would be enough for the second round qualification. With “blue Sport” you are there live.

Elvedi is missing against Freiburg as he was against Inter Milan due to a muscle injury. It remains to be seen whether he will be able to play again against Real Madrid.

He starts in central midfield, but is not quite the same after a long injury break and will be replaced after 53 minutes. There are no more goals.

Embolo scored his first Bundesliga goal this season against Freiburg, a real treat. The 23-year-old lets the ball drain on Stindl, turns on his own axis, stabs into the depths and is then played again – he pushes the ball into the far corner from an acute angle to make it 1-0. When Embolo is on the ball, things often get dangerous.

Long is still waiting for his first Bundesliga appearance of the season.

In the 2-2 draw against Cologne, Mbabu is in the squad for the fourth time after surviving a ligament injury, but so far he has been waiting in vain for an appearance. Wolfsburg haven’t lost a single game this season.

Steffen prepares the goal for 2: 2 with a tailor-made flank. In the end, however, he misses the necessary precision and gives a top chance (highlights in the video). Overall, a noticeable game for the 29-year-old.

The 29-year-old attacking player is sidelined due to an Achilles tendon injury. Before that, he was used in all nine games, six times from the start.

In the 1-1 draw against Dortmund, Sow is in the starting line-up for the third time in a row. In the first half he shows a strong performance, distributes the balls well and is always up to date. In the second half he made a few bad passes too many. Once again he reeled off most of the kilometers, Sow running a whopping 12.7 kilometers against BVB.

Steven Zuber didn’t go as planned in the end. He’s not even in the squad against Dortmund. Maybe he needs the break to vent his head and then attack again.

Last week Vargas scored the equalizer in the 1-1 draw against Freiburg. You can see on Monday on “blue Sport” (8:30 p.m.) whether he is also running hot against Hoffenheim.

Mainz, which was able to score three times in a row, loses against Arminia Bielfeld 1: 2 and slips to a relegation zone. Fernandes is substituted in the 58th minute when the score was 0: 2.

Kobel has a good day on his 23rd birthday and is a sure source of support in the 2-1 win in Bremen. He is powerless when conceding. After ten laps, promoted Stuttgart is classified in a strong 8th place.

After seven defeats in a row, Bielfeld can finally win again. Brunner plays the full distance as a right-back and does a decent job.

Arsenal do not move from the spot, after the 0-2 defeat against Leader Tottenham, the team slips to 15th place. Xhaka plays over the full distance, is not the focus of the goals conceded, but can also hardly set offensive accents. He is cautioned in the 75th minute.

Shaqiri has been injured in the first home game with spectators since mid-March. The 2000 fans see a very strong defending champion who sweeps Wolverhampton 4-0 off the pitch and catches up with leader Tottenham on points in the table.

Because of numerous positive coronavirus tests at Newcastle United, the game against Aston Villa had to be postponed.

In the Turin derby, Juventus is befitting. Rodriguez shows a solid performance in the three-way defense of Torino, who started the season weakly, but he cannot do anything with the goals conceded. Bonucci scored the winning goal in the 89th minute.

In the local derby against FC Turin, Leonardo Bonucci scored the decisive goal to make it 2-1 in the 89th minute.

Atalanta Bergamo travels to Udine in vain. The game, which is actually scheduled for 3 p.m. on Sunday, will be postponed several times before it has to be canceled entirely due to the heavy rain. Maybe not that bad for Freuler and Co., so they can save energy for the all-important group game in the Champions League. In Amsterdam, one point is enough for Atalanta on Wednesday (6:55 pm live on “blue Sport”) to make it into the round of 16 for the second time in a row.

The 19-year-old missed the 0-0 win against Benevento due to an ankle injury.

Due to a thigh injury, Rüegg is again not in the squad in the 1-1 draw against Cagliari Calcio.

Males plays with Genoa away for Fiorentina on Monday. He is still waiting for his first appearance in Serie A. “blue Sport” shows the game live, the kick-off is at 8:45 pm.

Seferovic comes into play against Paços de Ferreira at break when the score is 0-1 for Pizzi. In the 70th minute, the Nati striker awarded the goal from the best final position to make it 2-1. This achieved in the 94th minute, seconds before the final whistle, team mate Luca Waldschmidt.

In the 1-1 draw against St. Johnstone, the 23-year-old is not in the squad. A few days ago, Celtic coach Neil Lennon said: “I saw Ajeti score several goals at the beginning, maybe he has lost momentum or confidence now. We often forget that these guys are only people with emotions. ” Ajeti has been waiting for a goal since the end of September, after contributing five goals in the first six rounds of the season.

Itten comes into play against Ross County in the 75th minute when the score is 3-0 and prepares the goal in the 90th to make it 4-0.

Montpellier could have overtaken PSG with a win, but things turn out differently. PSG wins 3-1 and defends the leading position. Omlin is powerless when conceding goals.

Benito played through as a left-back in the 1-0 win against Stade Brest, but was hardly challenged defensively. He is denied an assist because his team-mate circles the ball over the goal.

In Nice it came to a bang after the end in the Europa League group stage, coach Patrick Vieira had to vacate the post. On Sunday, it set a disappointing 0-0 against Stade Reims. Lotomba is in the starting line-up and will be substituted three minutes before the end.

The 20-year-old comes into play in the 55th minute, but cannot noticeably liven up the offensive.

On the other side, Kutesa is also part of the game. But even the 23-year-old can’t play himself in the spotlight with the zero number.

Eindhoven plays 2-2 at Heerenveen. Mvogo is not the best trap for the second goal.

In the 61st minute Okafor comes into play against the bottom of the table when the score is 0-0. But it’s not enough to win, on the contrary. Salzburg lost to Admira Wacker 0: 1, Okafor remained pale in his mission. The defeat might not come as a surprise after all, because coach Jesse Marsch has switched the team to eight positions compared to the Lok game during the week (3-1 win). On Wednesday, RB Salzburg could qualify for the eighth finals of the Champions League with a win over Atlético Madrid, then the starting line-up will certainly be different again. You can of course watch the game against Atlético live on “blue Sport”.

Sturm Graz won 4-0 away at Austria Wien. The 26-year-old central defender shows a decent performance. He is cautioned in the 65th minute.

Mario Gavranovic contributed two goals for Dinamo Zagreb in the Croatian championship to the 5-1 away win against Slaven Belupo. He’s had a fantastic number of goals this season. In the championship, he scored eleven times in ten games. On average, he scored one goal every 60 minutes.

Janko comes into play against Atlético Madrid in the 73rd minute when the score is 2-0. It stays that way. With just ten points from the first 12 games, Valladolid is penultimate in the table.

The current episode of “Heimspiel” is all about FCSG midfielder Lukas Görtler. How did he come to FC St. Gallen, what is he interested in besides the pitch and how long will the 26-year-old stay in eastern Switzerland?

Inter Milan defeat Bologna and stay second in the table

Super League
Sforza on Servette, Oberlin and the current situation at FCB

Super League
Choose the goal of the month now and win a prize worth over CHF 1,000

Odermatt is on the podium again in the giant slalom

Bundesliga
Streller: “Leipzig can be dangerous for Bavaria, but only in the first half of the season”

Super League
Kiko knows the reason for Sion’s problems: “They don’t see each other!”

League 1
Omlin calls on Streller: “You could still make your comeback”

A ball for two
Curtain up: Kiko and Manu ring in the sports weekend with colleague Streller

Wrap-Up
Matchday: Champions League with a referee for the first time

Was the move to Montpellier just an intermediate step, Jonas Omlin?

Gladbach disadvantaged? Urs Meier is furious about the VAR

In the studio
Streller on the many game cancellations in the Super League: “Scary”

Corona news on Thursday: the head of the health insurance company... 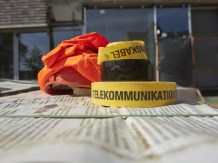 This is how drastically the lockdown changes the networks